Rep. Stacey Plaskett: ‘Trump Knew the People He Was Inciting’ 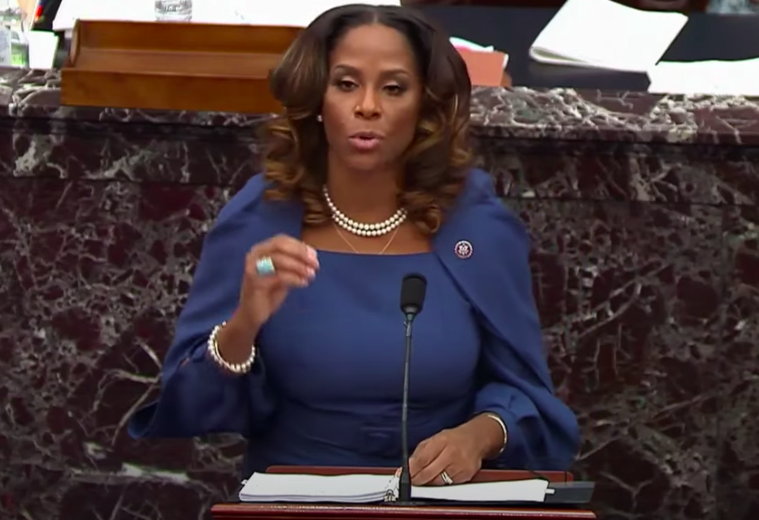 Rep. Stacey Plaskett took center stage as she stepped into her historic role in the Senate impeachment trial against former President Donald Trump.

“I want to show you why this violence was foreseeable and why Donald Trump was different than any other politician just telling their fighters — their supporters, to fight for something. The violence that occurred on Jan. 6, like the attack itself, did not just appear,” Plaskett unveiling never seen before footage of the Capitol Hill coup.

“You’ll see that Donald Trump knew the people he was inciting, he saw the violence that they were capable of, and he had a pattern and practice of praising and encouraging that violence, never, ever condemning it,” the U.S. Virgin Islands delegate told her peers.

Plaskett, the first delegate to participate in a Senate trial, did not pull any punches during her address — making it clear that Trump must be held accountable this time for his very public call to action.

“The vice president, the speaker of the House, the first and second in line to the presidency, were performing their constitutional duties presiding over the election certification, and they were put in danger,” Plaskett said. “President Trump put a target on their backs, and his mob broke into the Capitol to hunt them down.”

Plaskett, a former law student of lead impeachment manager Rep. Jamie Raskin, a constitutional law professor at American University –was unable to vote in the House of Representative to impeach Trump Jan. 31 due to her delegate status.

Plaskett’s presentation has been lauded as one of the most compelling admissions of evidence in history.