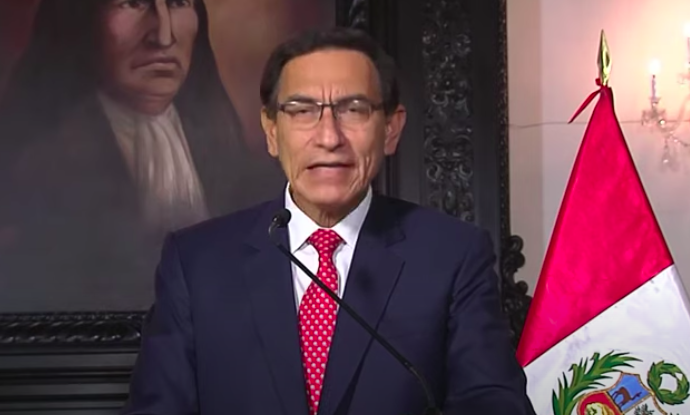 Peru’s President Martin Vizcarra managed to narrowly avoid an impeachment vote after opposition legislators failed to whip up enough support to remove him from office.

Last week, Congress approved a motion to commence impeachment proceedings against him over leaked audiotapes and alleged ties to Richard Cisneros, a singer who was embroiled in a fraud case.

In the audio recordings, Vizcarra appeared to be instructing aides to lie to prosecutors about a minor scandal.

Cisneros, known by his stage name Richard Swing — was awarded government contracts for motivational talks worth 175,400 soles ($49,500). Congress and Peru’s auditor general are investigating the claims.

Congress needed 87 votes out of 130 to remove the president but fell short, securing just 32 legislators voting in favor of Vizcarra’s dismissal. Seventy-eight legislators voted against Vizacarra’s removal, and 15 abstained.

Vizcarra condemned the impeachment attempt as “a plot to destabilise the government.”

“I am not going to resign,” he told reporters last week ahead of the vote. “I have a commitment to Peru and I will fulfill it until the last day of my mandate.”

Vizcarra vehemently denied the allegations in a televised address to the nation.

“What is here is the betrayal of someone close to me,” he insisted. “There is no crime or anything illegal in what is propagated and seen in the audios presented,” he said. “I ask the competent authorities to carry out an investigation… to determine the falsehood of these testimonies.”