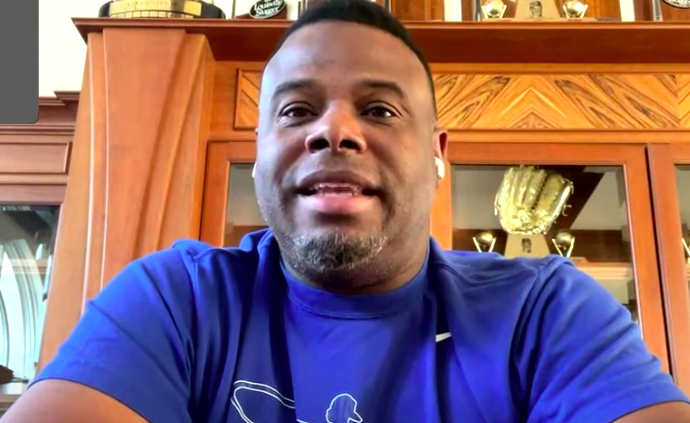 Ken Griffey Jr. has joined MLB as a special adviser to commissioner Rob Manfred, the league announced on Friday.

Griffey will use his expertise to consult the commissioner’s office on various issues, including an emphasis on baseball operations and youth baseball development. Griffey will also strive to improve diversity at amateur levels of the sport.

“I am humbled to be asked to work with Major League Baseball in this role. It will be an honor to represent the best sport in the world and to promote our game among today’s youth,” Griffey said in a statement released by the league.

“We are thrilled that Ken will represent Major League Baseball on some of our sport’s most important stages, alongside our current and future stars,” Manfred also stated. “We welcome the perspective and insights that Ken gained as an historic player, as a parent, and as someone who has spent his life in and around our great game.”

Griffey, who has served as a youth ambassador for both MLB and the Major League Baseball Players Association since 2016, spent 22 seasons in the majors, more than half of those years he spent playing with the Seattle Mariners.

He hit an impressive 630 home runs during his career, made the All-Star team 13 times, and won an AL MVP award. In 2016, he was voted into the Hall of Fame on the first ballot after being named on 99.3 percent of ballots — a record at the time and still one of the greatest numbers to date.

On Friday, Griffey talked about his new position in an interview with the MLB Network.