May Jobs Report Not Good For All 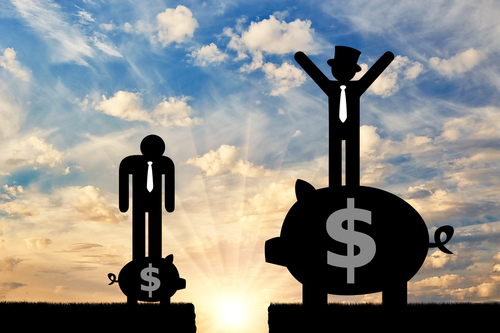 But one demographic is missing out on this rising tide which should be lifting everyone, black college graduates.

A black person graduating from college today can expect to make less than their classmates when they land that first job. Even if education and experience are equal, a black graduate will earn $3.34 less than their white classmates, both male and female. If $3.34 doesn’t sound like much to you how about $6,947.20, which is the pay disparity in one year.

According to a study published last month by the Economic Policy Institute, this type of “unexplainable” disparity is contributing to the wealth gap in ways that are not being considered, such as student loan debt and the ability to save for retirement when it’s most prudent (such as when you land your first job).

African Americans often must borrow more money to pay for their degrees but on the flip side they are paid less upon graduation, which hinders their ability to pay back those loans quickly, if they can afford to pay all.

Many have loans that are extended, which leads to years of paying just interest, which creates an albatross for the second stage of a young adult’s life. This can lead to poor credit, which can greatly hamper his or her ability to build wealth through home ownership.

Until salaries become transparent and tribalism ceases to exist in the workplace, the path to closing the wealth gap will always be uphill African Americans.

However, the power to close the wealth gap and make better financial choices by seeking out degrees in higher-than-average fields, and making sure to establish a 529 account on the day your child is born is big step forward that can and should be taken.

“Are You Worthy of Wealth?

In this debut episode of The Happy Investor Method, Angela E. Matthews asks: "Do you believe you deserve wealth?" Your mindset will determine...
Read more
Copper2Cotton

Milestones Along The Way June was a great month for me (personally), all things considered. I literally saw all...
Read more
Copper2Cotton

The road to FIRE (Financial Independence Retire Early) for me is paved $100,000 at a time. It took me three years to...
Read more