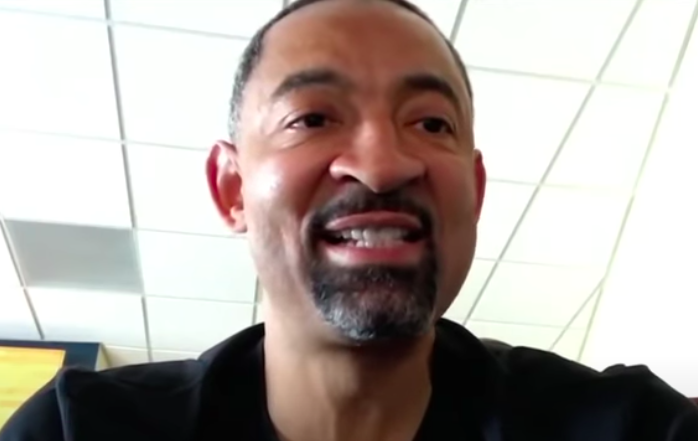 Juwan Howard has been named The Associated Press men’s college basketball coach of the year, receiving 35 of 63 votes from a national media panel.

Howard to coach the Michigan Wolverines after John Beilein left for the NBA in 2019. The decision for Howard to head the team did leave some scratching their heads, but he soon proved his worth, leading the Wolverines to 19 wins.

Howard is the second Michigan coach to earn the AP honor since it began in 1967. Bill Frieder won the award 1985.

“Without (the players), I wouldn’t be here,” Howard said during a virtual awards presentation on Zoom. “They’re the ones that are out there sacrificing, competing, buying into the culture, buying into a head coach that pushed them to get uncomfortable, and they really accepted it.

“I’m happy that with all that I was able to do, they helped me become the best version of myself.”

“As far as what Coach Beilein built, he did a phenomenal job and built a winning culture,” Howard said. “The players he recruited were high character, excellent students, come from great families. The players that I recruited and joined the culture and my staff, what we’ve built thus far in the beginning stages has been beautiful.”

Howard played twice in the NCAA championship game as a star center at Michigan from 1991 to 1994. He then went on to 19 seasons in the NBA, became an All-Star Game selection and won NBA titles in 2012 and 2013 — his last two years in the league — with the Miami Heat. He joined the Heat as an assistant coach under Erik Spoelstra.

Last month, Howard was named Sporting News’ 2020-21 coach of the year. “I always told our guys: ‘I want to earn your trust.’ I think they got the chance to get to know me, see how I ran a practice, how passionate I am about teaching and what I had to offer as far as my experience in the basketball world and my knowledge for the game,” Howard told SN. “I think I earned their trust from that. The buy-in has been easy on both levels: players with coaches, coaches with players.”