How Can Black Immigrants Benefit From the Immigration Provision of Build Back Better? 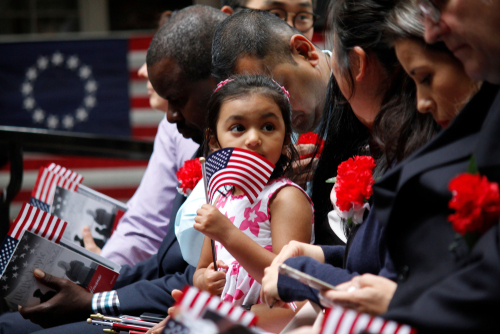 By a vote of 220 to 213, the House of Representatives passed Immigration Measures as part of the Build Back Better Act on Nov.19. The bill will now go to the Senate for consideration.

This could be the largest change to immigration policy in 35 years.

The Build Back Better Act will offer temporary immigration protection to a number of long-term residents who have already contributed to our economy and will continue to be vital to our economic recovery after the pandemic. The Act does not provide a path to permanent legal status or citizenship, but it will ensure the safety and security of an estimated 7 million or more people – many of which are black immigrants. The bill is currently being considered by the Senate with a vote expected the holiday.

Two previous proposals in the Build Back Better Act were rejected by the Senate parliamentarian.

Under the current provisions in the ACT approved by the House, millions of undocumented immigrants would be able to apply for work permits, permission to travel and temporary protection from deportation. This would function as a form of parole. Foreign nationals granted parole are allowed to remain in the United States without fear of deportation, to work and to travel. On Nov. 24, the Senate parliamentarian met with Democratic staff to discuss the immigration provisions and did not rule out their inclusion in President Biden’s Build Back Better agenda.

With the Build Back Better Act, the unused visa numbers from employment- and family-based visa applicants can be recaptured, allowing those stuck in a merciless visa backlog to advance. The number of visa numbers available for recapture is estimated to be over 400,000. The social spending bill passed by the House includes this significant immigration reform package, which may help thousands of Indian professionals stuck in decades-long waits for green cards solely due to their place of birth.

Without providing a path to citizenship, there are many immigrants who are upset that the bill does not actually achieve immigration reform. Although parole is not immigration reform, parole and work authorization are better than ambiguity, especially when immigrants have been living in fear of detention or deportation.

Although the Build Back Better Act may not reform immigration in the way the United States desperately needs, it is a major step in the right direction for many, especially for Black immigrants who suffer a higher rate of deportation.