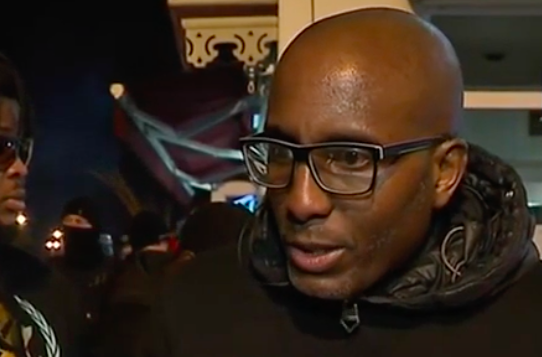 The trial of French activist Franco Lollia began in Paris on Monday.

Lollia stands accused of defacing a statue of Jean-Baptiste Colbert, a 17th-century royal minister who helped write the “Code Noir” or “Black Code” in the 17th Century, which defined slavery and race in France’s colonial empire.

Prosecutors say Lollia sprayed “state Negrophobia” in red paint on the pedestal of the statue outside parliament in Paris last June.

At the time, government spokeswoman Sibeth Ndiaye condemned the graffiti, stating people should consider “the historical facts as they unfolded.”

“I feel it’s more useful to use the context in which historical figures made decisions,” she told reporters at a press briefing. Ndiaye asserted that while people should not forget everything Colbert did, the Code Noir was “indeed an important subject.”

In court, Lollia, who called the statue “an insult,” stated that Colbert committed crimes against humanity.

According to The Associated Press, Lollia also said celebrating Colbert with a statue outside the National Assembly shows that the French state “is viscerally Negrophobic even today” and that the statue’s presence is “spitting in the face of all people who look like me.”

“I am sad to see that history seems to be repeating itself and our voices are still not heard,” he said. “I am really disappointed that the justice system is still so blind.”

Outside the courtroom, Lollia remained defiant.

“Colbert is a major figure of this colonial past, this past where Black people were not recognized as human beings,” he said. “The system itself is Negrophobic from the moment it doesn’t put into question the history. France is capable of healing from its Negrophobia and from its state racism in general, but the French state must learn to face its history, and not only part of the history it likes.”

Lollia headed to National Assembly to spark debate over the recent spate of police brutality incidents.

Two weeks before Lollia’s protest, more than 30,000 protestors took to the streets of Paris in the biggest march against anti-police brutality in decades.

Adama Traoré, 24, lost his life after being handcuffed by police and pinned to the ground in the northern suburbs of Paris. An official report released in late May 2020 said the suffocation death in 2016 was not the result of excessive police force. However, a more recent report commissioned by investigating magistrates found that the way officers pinned Traoré to the floor had likely contributed to his death during a heatwave.

Traoré dubbed the “French George Floyd,” has become one of the faces of France’s campaign to end police violence.