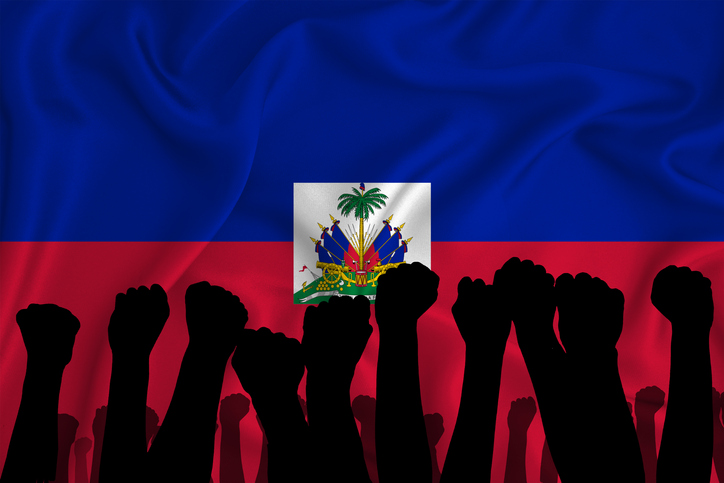 Haitian Flag Day is a day commemorating the creation of Haiti’s flag. It also marks the island nation’s rebellion that led to the island’s emancipation from its French colonizers.

Haiti’s flag is a horizontal flag of blue and red, with a white rectangle in the center featuring a coat of arms. On the coat of arms sits a hilltop, weaponry and a palm tree. There is a white ribbon at the bottom of the hillside which reads, “Unity is Strength.”

Haiti’s first flag as an independent nation was created by revolutionary Jean-Jacques Dessalines, the emperor of Haiti who proclaimed his country’s independence in 1804.

History books say that Dessalines ripped out the white bits from the French flag before sewing the red and blue together to make the first Haitian flag. The blue represents Haiti’s African residents while the red represented those of mixed European and African descent.

Dessalines is considered one of the founding fathers of Haiti and was second in command under Toussaint L’Overture during the Haitian Revolution.

History books record him as a villain. It is said that Dessalines ordered the massacre of approximately 5,000 of the island’s white men, women, and children, declaring, “I have saved my country. I have avenged America.”

Local historians say this was only occurred out of fear of a French resurgence. Dessalines wanted to ensure that his people would be free from French rule.

Haiti is an island revered for its fighting spirit. May is also Haitian Heritage Month, a month-long extension of the celebration.

Haitians from around the world took to social media this morning to proudly show off their flags and their rich Haitian history.