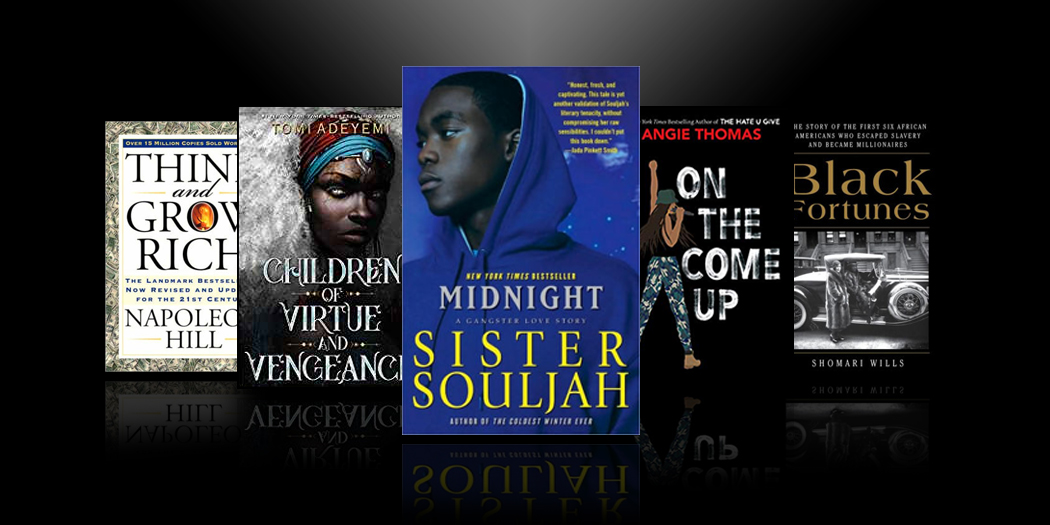 I recently was asked on my radio show for book suggestions for young people. I like to start any book list with novels because fiction opens a mind to exploring possibilities. One of my favorites is Midnight. This is the book from Sister Souljah that was billed as the follow up to The Coldest Winter Ever. People expected it to be the sequel. It wasn’t, which disappointed many of her fans. But Sister Souljah delivered a masterpiece in Midnight. She explored religion, wealth, tradition, language and community through the lens of a young black man amid the backdrop of a love story.

Also on this list are books by two of the hottest young adult writers today, Angie Thomas and Tomi Adeyemi. I added Think and Grow Rich by Napoleon Hill because this book is foundational for anyone on a journey to wealth building (which every young person should be on). And I round it out with Black Fortunes. I was asked to suggest some history books. In Black Fortunes are breadcrumbs to so much history that has never been told.

Here are my Fav Five Books:

We are introduced to Midnight in the ground-breaking The Coldest Winter Ever, but in this book, Sister Souljah unpacks the character unpredictably. What could be just another story about just another drug dealer turns into a lesson in African traditions, Islamic faith, Japanese culture and manhood. Midnight, who hails from a wealthy family in Africa, is forced into street life in America by a set of circumstances, and despite his travails finds love. This is 500-plus pages and worth every turn.