Did You Know That U.S. Congressman Mervyn Dymally Was Born on This Day? 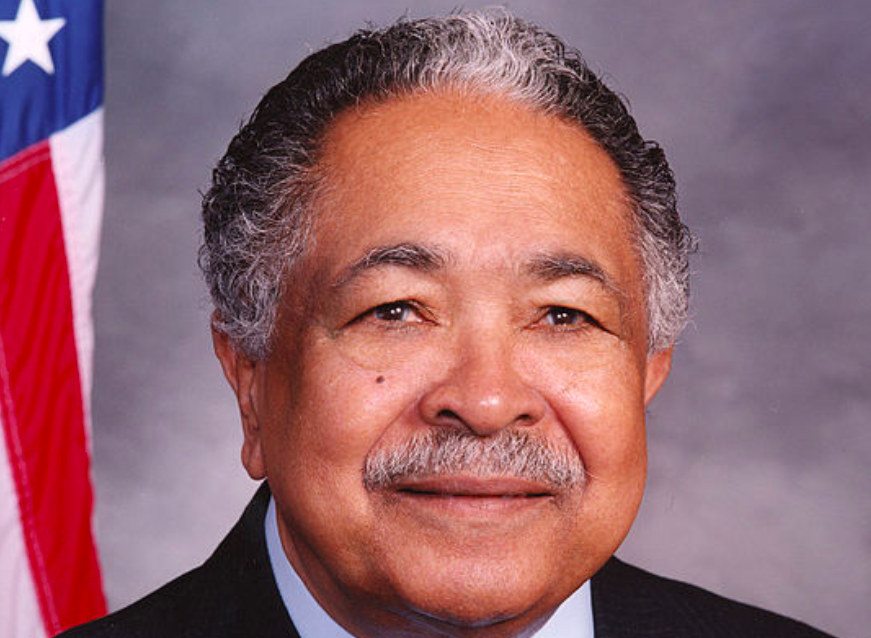 This Day In History: May 12th

Mervyn Dymally is the first Caribbean-born person to serve in the United States Congress and he is also the first Black official to serve in the California State Senate. Dymally was born on May 12, 1926, in Cedros, Trinidad to a Trinidadian mother and Indian father.

He was raised and educated in Trinidad until he decided to travel to the United States in 1946. However, while in Trinidad he worked as a staff reporter for The Vanguard which was a newspaper published by the Oil Workers Trade Union. He made his departure to the United States with the goal of enrolling at Lincoln University (Missouri) to study journalism.

Dymally did not complete his education at Lincoln University, rather he decided to travel to California, and pursue a bachelor’s degree in education from Los Angeles State College. He spent time working as a teacher in the Los Angeles Unified School District for several years. Dymally also earned a master’s degree in government from California State University and a Ph.D. in human behavior from United States International University (now known as Alliant International University).

In addition to his work as a teacher, Dymally volunteered as a campaign worker with the California Young Democrats. He served as the state treasurer for the organization and had the opportunity to work for the Democratic National Convention in Los Angeles. In 1960, Dymally served as a field coordinator for John F. Kennedy’s presidential campaign.

His tenure in congress includes serving as chair for a variety of committees such as social welfare, military and veterans affairs. He aimed to combat California’s energy and environmental problems as well as women’s inequality. By 1980, Dymally had his sights set on the U.S. House of Representatives and won the election.

Dymally served on the House Foreign Affairs Committee, where he was the chair of the Subcommittee on International Operations. He also served as chairman of the Congressional Black Caucus from 1986 to 1987. President Bill Clinton selected Dymally to serve as a representative to the United Nations in 1991. He decided to retire from Congress in 1992 but continued working as a foreign affairs consultant for Caribbean, African, and Asian interests.