Blockchain, Cryptocurrency and the Cannabis Industry 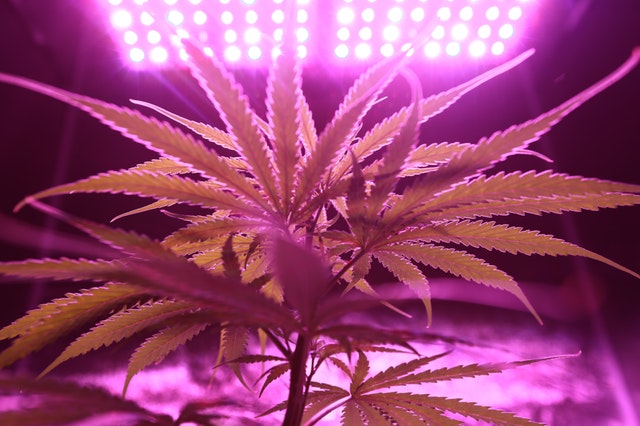 Earlier this year, J.P. Morgan Chase became the first bank in the United States to create its own cryptocurrency, JPM Coin, which the bank claims will help move money between Chase and its wholesale clients safer and provide instant transfers.

With more states weighing proposals to legalize marijuana and a push for federal legalization gaining momentum, many in the cannabis industry see the move as a golden opportunity for people, particularly the Global Majority, to start investing.

“It’s time for us to get our piece,” says Jacobi Holland. He’s the co-founder of the consulting firm Jade Insights and On The Revel, a media platform that hosts TED-like talks throughout the country on marijuana.

The numbers closely resemble Holland’s assertion. According to drugpolicy.org, 80 percent of inmates incarcerated in federal prison on drug offenses are black and Latino. They also make up 60 percent of state prisoners convicted on drug charges. In 2016, there were 1.5 million drug arrests throughout the U.S., and more than 80 percent were for drug possession only.

A breakdown by Marijuana Business Daily, an online newspaper dedicated to the cannabis industry, shows 81 percent of the owners and founders of marijuana-related businesses are white. Blacks accounted for 4.3 percent of entrepreneurs, while Hispanics and Asians made up 5.7 and 2.4 percent respectively. 6.7 percent of business owners identified as “other.”

Holland’s ventures are opening avenues for people of color who want to invest in the burgeoning cannabis/marijuana trade and he believes blockchain technology will be a powerful tool.

“(Blockchain) is interesting because it provides a level of transparency and it gives cannabis the opportunity to leapfrog other industries,” said Holland. “If you are scaling up an operation, this kind of technology is improving the workflow and the value chain. That is something in which you can invest that may become extremely valuable.”

Blockchain is a distributed database with no centralized location, which Holland says allows the public to see if the whole supply chain is done correctly. This keeps the information safe from hackers, according to blockgeeks.com, a website dedicated to informing people about the technology. Startup ventures can crowdfund their business through blockchain by coming up with their own digital currencies to sell.

However, Holland says the technology does come with a downside.

“The largest demand for something like this would be because it is not federally legal,” said Holland. “Payment processing and storing capital could be difficult. So to create a solution through a blockchain, you would have to keep tokens inside of an internal network. And you would have to have a lot of people in your network for it to be valuable.”

The token Holland references is called cryptocurrency. It can be used to buy, sell, invest, trade, microtip or deal with any other monetary aspects.

Regulation for blockchain is minimal. In December of 2018, the New York state assembly passed the first law related to block chain in the country. The Digital Currency Study bill, introduced by Queens Democrat Clyde Vanel, keeps the system from being abused by terrorists or mobsters as it grows.

It allows for a task force to study cryptocurrency, which can be exchanged anonymously, and come up with ways to standardize it.

“I hope for the report to provide a blueprint on how to have the proper regulatory regime for the cryptocurrency,” said Vanel, who has also sponsored bills that would provide tax incentives to businesses that utilize blockchain. “I hope that it will help guide the state, the country and the world in this particular industry and in this space.”

This week, Vanel addressed the cryptocurrency question at a State Senate hearing.

#cannabis & #banking Hearing. I discuss #cryptocurrency use in the #marijuana industry

Whether the Global Majority elects to go the traditional route of investment or use blockchain, Holland insists they shouldn’t let the cannabis market pass them by.

In 2018, the legal market was valued at $12.2 billion worldwide and estimated to be nearly $11 billion in the U.S., according to BDS Analytics, a consumer insights firm that follows cannabis trends.

Grand View Research, a U.S. market research and consulting firm in San Francisco, projects the legal cannabis industry to be worth $146.4 billion by 2025.

“It is going to inevitably be an above-ground market,” said Holland. “It is also kind of great because it is nothing that is completely new where you don’t know what the size of the market is going to be or if it is going to catch on. People are going to be consumers of the product.”