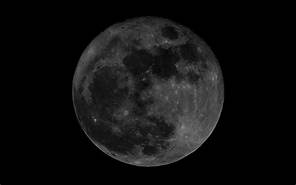 Once every blue moon. You’ve heard that phrase. But a black moon is just as rare. The next black moon will happen tonight, the last day of July and the first time since 2016.

Blue and black moons do not refer to the actual color of the moon, although the black moon is just that. The color refers to the overlapping that occurs in the lunar cycle during a single calendar month, which doesn’t happen often. This overlap occurs because lunar months are slightly shorter than calendar months. A lunar month (from new moon to new moon) takes roughly 29.5 days, while a calendar month is 30 or 31 days (except for February), which causes the moon phases to shift by about 1 day in each successive month.

During a black moon, which is really just a new moon, it is the second one, the overlapping moon. You won’t even see the moon, because it will blend in with the sky. This black moon is also going to be a super moon, which means it will appear bigger than usual because it’s closer to the Earth.
Those who are superstitious find that a black moon brings luck and produce more focused and powerful outcomes to tasks.
Here is a video about the superstitions:
https://www.youtube.com/watch?v=s6FqHDIheFg
Share
Facebook
Twitter
Pinterest
WhatsApp
Previous articleNet Worth Update: June 2019
Next articleThis Day in History, August 3rd
- Advertisement -