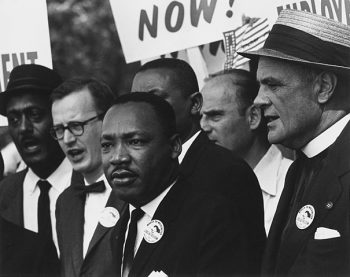 This Day In History: January 15th

Whether it is the famous speeches or even the national holiday, Martin Luther King Jr.’s legacy still resonates today. The renowned Civil Rights leader and minister was born on January 15, 1929, in Atlanta, Georgia. Here are five things to know about the great MLK!

The Nobel Prize recipient died on April 4, 1968, in Memphis, Tennessee after a fatal assassination. The place of his assassination, The Loraine Motel, has since become the National Civil Rights Museum in honor of the late Dr. Martin Luther King Jr. and the Civil Rights Movement.