Women of Power: Stacey Abrams Is Now Eligible for an Oscar 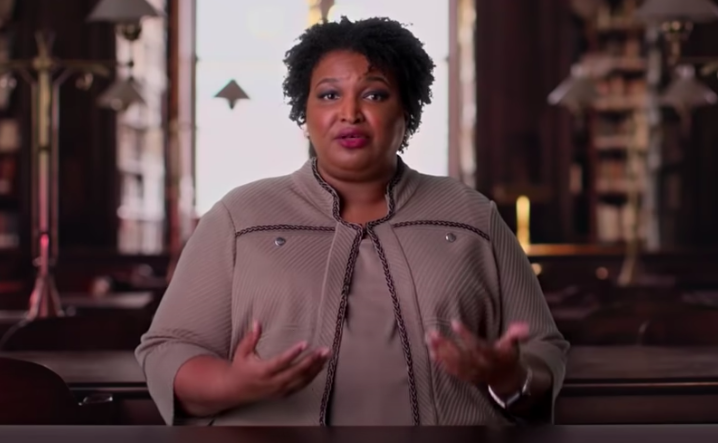 Stacey Abrams has received the “the PGA mark” for her contributions to the Oscar-shortlisted documentary feature “All In: The Fight for Democracy.”

Abrams is listed as a producer of the project.

According to The Hollywood Reporter, the “mark'” handed out by the Producers Guild of America means that if “All In” is nominated, Abrams could potentially take home her very own Oscar for Best Documentary Feature.

The PGA decides who is eligible for recognition for a documentary feature.

“Normally two or three persons may be named as nominees, one of whom must be the credited director who exercised directorial control, and the other(s) of whom must have a director or producer credit,” the rules state.

“If a producer is named, that individual must have performed a major portion of the producing functions, in accordance with Academy producer criteria … In determining the number of producers eligible for nomination, a bona fide team of not more than two people shall be considered to be a single ‘producer’ if the two individuals have had an established producing partnership as determined by the PGA’s Producing Partnership Panel.”

The Oscar nominations will be announced on Friday.

The past few months have been remarkable for Abrams. After being credited for flipping the state of Georgia, paving the way for a Biden/Harris administration, she received a nomination for a Nobel Peace Prize, honoring her work.

“From the inception of our country, race has been the most singular target of voter suppression,’ Abrams said per Variety. “Women were silenced in the Constitution; they were not considered part of the body politic, but the explicit exclusion of Blacks — we were denied humanity, Native Americans were denied existence and then the 1790 Naturalization Act said that only white people of good character could even think about moving to the United States and becoming citizens, so that knocked out everyone else.”

Abrams has proven that she is more than capable of doing the work.