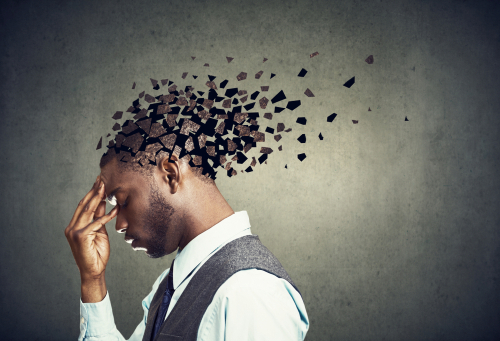 Veronika Lleshi
Veronika Lleshi is an aspiring journalist. Based in Hunter College, she currently writes for the school newspaper, Hunter News Now. In her free time, she enjoys reading, writing, and making music. As an Athena scholar, she enjoys getting involved in her community.

Virtual reality is being used to transform how brain conditions such as dementia are being approached by offering a new method of treatment.

While the latest technology is known more broadly as recreational gaming equipment, it’s also finding its place in the medical world as a stimulator for those with memory loss.

By using headsets, patients with dementia are taken into safe, controlled virtual environments filled with novel stimuli. These novel stimuli include any object that might relate to the memory and will trigger the person into recollecting the moment.

This method of immersion also served to help alleviate symptoms of behavioral and psychological symptoms of dementia, otherwise known as BPSD. In 2021, a study was conducted where researchers used VR to help dementia patients in a nursing home struggling with BPSD like depression and psychosis.

They found that, by creating VR environments that followed themes such as “Streets of Memory” and “Nostalgic Youth,” they could evoke memories that positively affected patients. The subjects reported increased happiness and less anxiety, discomfort and tiredness when using VR as opposed to other exercises such as the written ones.

For those without dementia, virtual environments using headsets are being offered to help them understand somewhat what it’s like living with BPSD and dementia. Maria Palazzi, director of Ohio State’s Advanced Computing Center for the Arts and Design (ACCAD), has helped design a virtual space emulating a day in the life of those living with dementia to help build empathy.

“They discovered it could make it seem (to someone wearing a VR headset) that time had passed quicker,” Palazzi said in a conversation with Ohio State Insights. “Or you could disorient someone or have them think they had completed a task, but it wasn’t done.”

VR is also being used by professional soccer players to prevent degenerative diseases. By using the equipment, they’re aiming at preventing future diagnoses of dementia by limiting brain injuries.

Premier League clubs have collaborated with VR company, Rezzil, to create virtual drills on how to use their heads to attack.

Players are put onto a virtual training camp through the headset and are given scenarios created by their coaches on how to do things like safely head the ball. Through this technology, players are limiting physical contact with the ball and decreasing the chances of dementia.

VR as an aid for patients with dementia was first introduced in a 2019 study. The study involved eight patients diagnosed with a form of dementia from ages 41 to 88. Conducted by leading researcher Dr. Jim Ang and his colleagues, virtual environments with stimuli were administered amongst 16 meetings. The subjects also reported increased happiness and motivation as simple stimuli such as bridges helped remind them of past trips and memories.

“VR can clearly have positive benefits for patients with dementia, their families, and caregivers,” said Dr. Ang in a news release. “It provides a richer and more satisfying quality of life than is otherwise available, with many positive outcomes.”