US Urges Eritrea to Withdraw Troops from Tigray 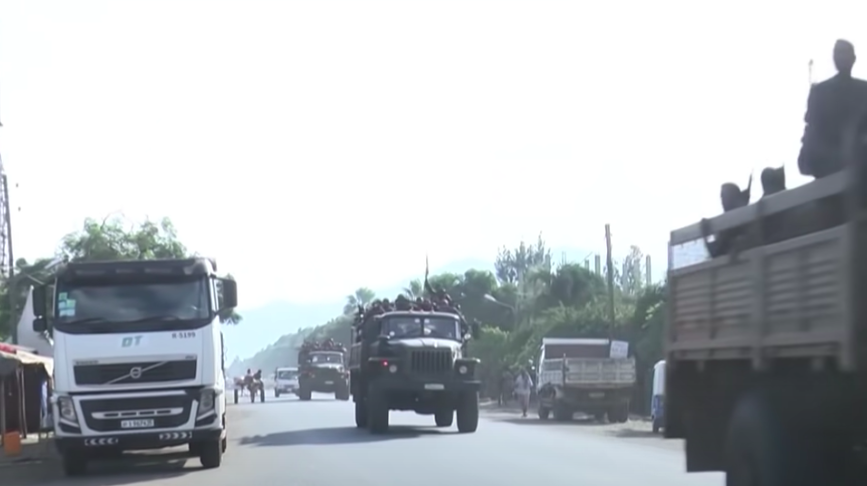 The US is calling on Eritrea to withdraw all soldiers from the northern Tigray region ‘immediately.’

“There is also evidence of Eritrean soldiers forcibly returning Eritrean refugees from Tigray to Eritrea,” the statement said.

Ethiopian Prime Minister Abiy Ahmed, who won the Nobel Peace Prize in 2019, acknowledged that Eritrea had hosted armed Ethiopian troops who had fled to its territory after the Tigray People’s Liberation Front seized their bases in Tigray in November.

In a statement Wednesday, the United Nation’s Executive Director, Henrietta Fore, said that the “very little” that was known about the impact of the conflict from only “limited partner accounts and UN assessments, (was) deeply troubling.” She added: “Our concern is that what we don’t know, could be even more disturbing. For 12 weeks, the international humanitarian community has had very limited access to conflict-affected populations across most of Tigray.”

Last week, Pramila Patten, the UN’s special representative on sexual violence in conflict, said she was greatly concerned by allegations of “a high number of alleged rapes” in the Tigrayan capital, Mekelle.

“There are also disturbing reports of individuals allegedly forced to rape members of their own family, under threats of imminent violence,” Patten said in a statement on Thursday. “Some women have also reportedly been forced by military elements to have sex in exchange for basic commodities.”

The country’s leader once hailed as a peacemaker, is now being accused of committing war crimes.