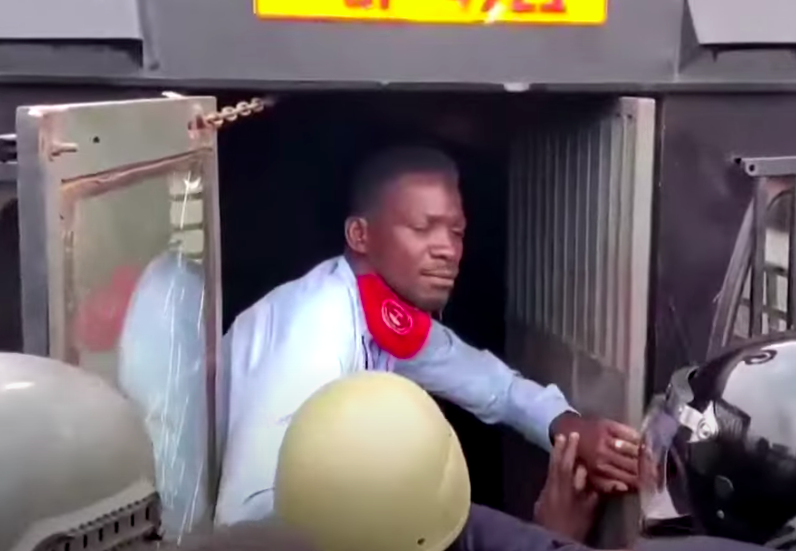 Ugandan police have said three people died and 38 were wounded in protests over Wine’s arrest, but the unofficial count suggests that the number could be as high as seven.

The arrest marks his second this month.

“The price of freedom is high but we shall certainly overcome …. Resistance against tyranny is not only a right. It is a DUTY for oppressed people to carry out!” Wine wrote in a series of tweets.

Police have defended Wine’s arrest, stating that they had warned presidential candidates they would be arrested if they flouted guidelines. Opposition rallies have been limited to just 200 people during the Covid-19 pandemic.

“As law enforcement, we can’t stand and watch as politicians put the lives of Ugandans at stake by encouraging processions and huge rallies, which fuel Covid-19 transmission,” Moses Kafeero, the Kampala police commander, told reporters.

“Despite repeated warnings issued to candidates, their agents and wider public about the negative impact and health risks of holding unauthorized rallies and processions, we continue to witness acts of defiance and total disregard of the EC [Electoral Commission] guidelines. Therefore, those who shall defy these Electoral Commission guidelines with their sinister plans aimed at disrupting the electoral process will definitely suffer consequences,” the statement read.

Earlier this month, Wine claimed he was arrested, “beaten” and “tortured” by police just minutes after he registered his candidacy to challenge President Yoweri Museveni in next year’s election.

“Right after nomination, Bobi Wine was violently arrested outside nomination venue! He’s been brutalised by police and military. They’ve blocked him from proceeding to launch his manifesto at office. It’s clear Museveni & his regime are in so much panic. WE SHALL OVERCOME Admin,” a tweet posted from Wine’s official Twitter read.