Toni Morrison: An Author As Beloved Ss Her Novels 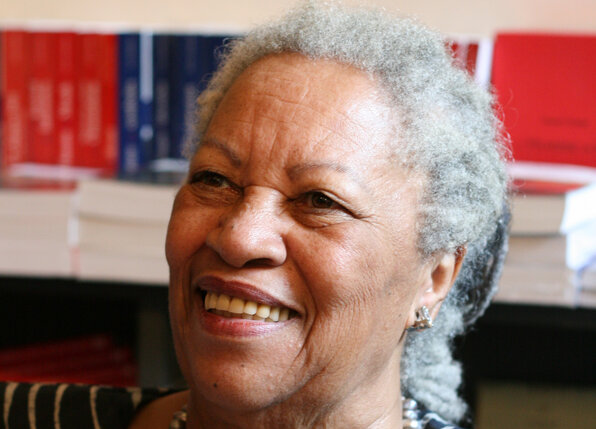 Born Chloe Anthony Wofford in 1931, in Lorain, Ohio, Toni Morrison’s early childhood seems like something straight out of her own novels. At the ripe age of two, because her parents were unable to pay rent on their home, the landlord set the place on fire with them inside.

Instead of responding with anger, Morrison’s parents laughed at their unfortunate situation. Although Morrison doesn’t remember the fire, she had much to say about what she learned from her parents’ retelling of the event.

Taking both one’s integrity and life back is a theme that seemed to follow Morrison throughout the years. Passionate from a young age, knowledge in its many forms quickly became a fixture in Morrison’s life; in school, she was a member of the debate team and yearbook club.

After being baptized at age 12, Morrison (who was Catholic) acquired the nickname Toni, short for her baptismal name Anthony.

According to The Guardian, Morrison would later go on to regret this decision.

“I am really Chloe Anthony Wofford. That’s who I am. I have been writing under this other person’s name. I write some things now as Chloe Wofford, private things. I regret having called myself Toni Morrison when I published my first novel, The Bluest Eye.”

Morrison later returned to Howard as a professor, where she taught from 1957-1964. Just a year later after leaving Howard in 1965, Morrison became an editor at Random House publishing, working with fiction.

Five years later, in 1970, Morrison released her first novel “The Bluest Eye.” She would go on to continue teaching at various institutions such as SUNY Albany and Princeton University until her retirement in 2006.

A few of Morrison’s subsequent novels include “Sula, Song of Solomon, and Tar Baby.” Much of the subject matter in Morrison’s work explores how race affects different aspects of society, such as class, sex, and societal standards. An example being, colorism, seen in her 2015 novel “God Help The Child.”

In 1987, Morrison published the Pulitzer Prize-winning novel “Beloved,” which deals with the psychological effects of slavery. It is often regarded as one of the best books of all time.

In 1993, she became the first African American woman to win the Nobel Prize in literature. She was also awarded the Presidential Medal of Freedom in 2012.

Morrison continued to write for many years (in various genres, including children’s literature, opera, plays, etc.) up until she passed in 2019 at the age of 88 from pneumonia. She was married to Harold Morrison (whom she met at Howard) from 1958-1964. The couple had two sons Harold and Slade.

Morrison moved to New York after the two separated and called the state home until her death.