This Day in History: May 11th 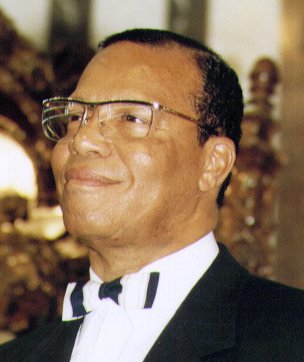 The fiery Minister Louis Farrakhan was born on May 11, 1933, in New York to a Caribbean mother who engaged in conversations about the plight of Black people with her children. Born, Louis Eugene Walcott, Minister Farrakhan rose to popularity after becoming the leader of the Nation of Islam.

His mother was originally from St. Kitts and raised Farrakhan and his brother to value work, responsibility and intellectual development. He grew up with much spirituality and discipline in the household and the children learned from materials such as Crisis magazine, which was published by the NAACP.

Although many people know the Minister for his sermons, Farrakhan’s first career was in the music industry. He was known as “The Charmer,” while performing as a vocalist, calypso singer, dancer and violinist at nightclubs in Boston. It was music that brought him to the Nation of Islam after he was invited to attend their Saviours’ Day convention while in Chicago for a music venture.

Farrakhan soon had to choose between music and the Nation of Islam when it was requested that members who worked in show business either leave the business or leave the mosques. He decided to follow the teachings of Elijah Muhammad. His first assignment was to serve as the head minister for Boston Temple No. 11, which had been established by Malcolm X.

After Malcolm X left the N.O.I  in 1964 over political and personal differences with Elijah Muhammad, Farrakhan replaced Malcolm X as the National Representative (second in command of the organization) and the head minister of Harlem’s Temple No. 7.

Under Farrakhan’s leadership, the Nation sponsored events like the Million Man March in Washington, D.C., to promote black nationalism and the black family values. The Nation of Islam even established a clinic for AIDS patients in Washington, D.C., and worked with gang members in Los Angeles to ease tensions.

Even as he ages, Minister Farrakhan continues to work and make appearances delivering messages of pride and encouragement to the Black community.