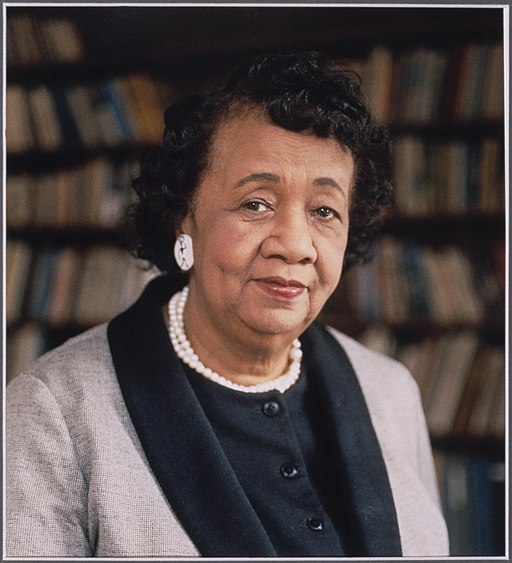 The “Godmother of the Civil Rights Moment,” Dorothy Height Was Born

Women and civil rights activist, Dorothy Height, was born on March 24, 1912, in Richmond, Virginia. The proclaimed “Godmother of Civil Rights,” spent her life fighting for the circumstances and opportunities available for African-American women.

Height was the daughter of a building contractor and a nurse. The family moved to Rankin, Pennsylvania, in her youth and there she attended racially integrated schools. While in school, Height excelled in her classes and became known for her oratory skills. She even won a national oratory competition, which awarded her a college scholarship.

During this time, Height’s interest in social and political activism began to grow and she started participating in anti-lynching campaigns. Height applied for and was accepted to Barnard College in New York, but as the start of the semester came close, the college overturned her admittance, telling her that their quota for black students was already filled. This setback did not stop her college dreams. She applied to New York University and went on to earn both a bachelor’s degree in education and a master’s degree in psychology.

After completing her education, Height took her first job working as a social worker in Harlem, New York. She later went on to join the team at the Harlem Young Women’s Christian Association (YWCA). Her potential did not take long to show and Height became a leader within the local organization. She created diverse programs and pushed for the integration of YWCA facilities nationwide. Working with the YWCA allowed her to meet fellow activist, Mary McLeod Bethune and former first lady Eleanor Roosevelt on their visit to her facility.

This inspired her to begin working with the National Council of Negro Women (NCNW) where Height was able to focus on ending lynching and restructuring the criminal justice system. In 1957, she became the fourth president of the NCNW. She organized voter registration events in the South and the NCNW provided several civil rights activists throughout the country with financial assistance. Height remained president of NCNW for 40 years.

Her prominence gained her popularity amongst many of the other civil rights activists of the time. Height worked with Martin Luther King Jr., A. Philip Randolph, Roy Wilkins, Whitney Young, John Lewis and James Farmer (sometimes referred to as the “Big Six” of the Civil Rights Movement) for different campaigns and initiatives. She was even one of the organizers of the March on Washington, although she was not invited to be a speaker.

Numerous honors and awards have been bestowed upon Height over the course of her lifetime including the Presidential Medal of Freedom (1994) and the Congressional Gold Medal (2004). Height died at the age of 98 on April 20, 2010. Her funeral was held at Washington National Cathedral.

Born on This Day in 1949, Here Are 5 Things To Know About Jamaica Kincaid Caribbean American writer,...
Read more
- Advertisement -