Biden Admin Deports More Haitians Than Trump Did in a Year 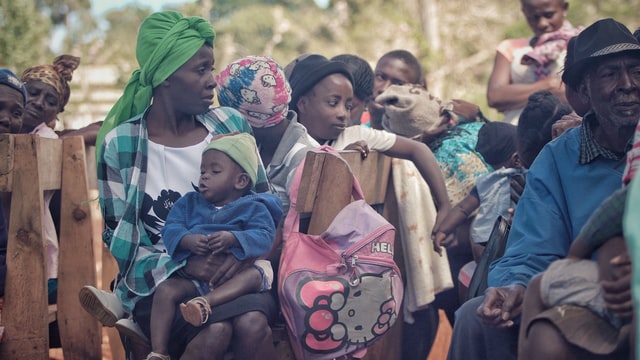 President Joe Biden took office just over two months ago, but his administration has already deported more Haitian immigrants than the Trump administration did in a year.

At least 1,300 Haitians, including hundreds of children and infants, have been deported since Feb. 1.

“More Haitians have been removed to Haiti in the weeks since President Joe Biden and Vice President Kamala Harris took office than during all of fiscal year 2020,” according to The Invisible Wall report, published by the Haitian Bridge Alliance, the Quixote Center, and the UndocuBlack Network.

The report says that while hundreds have been deported to Haiti, hundreds more migrant children and adults have also been sent to Mexico.

Biden’s administration reportedly enacted the Trump-era “Title 42” policy
by the Centers for Disease Control (CDC), which authorizes the expulsion of noncitizens without any procedural protections guaranteed by Congress, such as the right to seek asylum and other related forms of humanitarian protection.

According to the U.S., government, Haitian immigrants could pose a health risk due to the ongoing pandemic.

The department of homeland security argues that out of the 94% of the Title 42 expulsions are from Mexico and other Central American countries. They add that Haitian deportees account for less than one percent.

“Our immigration system was decimated over the last four years, and we are starting from square one to build an orderly system that treats people humanely and doing so in a way that protects public health in the midst of a deadly pandemic,” the DHS said in a statement to the Guardian. “The administration has been clear that the border remains closed, and we are urging people not to come. We are building the processes that will allow them to make a claim for humanitarian relief without making the perilous journey to the border.”

Protests erupted across the country after civilians called for the resignation of President Jovenel Moïse over corruption charges. Moïse has refused to step down. Opposition leaders and supporters claim the president’s five-year term ended on Feb. 7. Moïse responded by arresting 23 people, accusing them of plotting a coup to kill him and overthrow his government. Moïse insists that his term ends in February 2022.

The United Nations issued a statement condemning the violence in Haiti.

A council statement endorsed by all 15 members declared that “the democratic will of the Haitian people must be respected.”

“The Security Council urges all political stakeholders in Haiti to set aside their differences in the interest of the people of Haiti, to engage constructively to enable the organization of upcoming elections and to ensure elections take place in a peaceful environment, and calls on the international community to support Haiti in this endeavor,” the statement said.