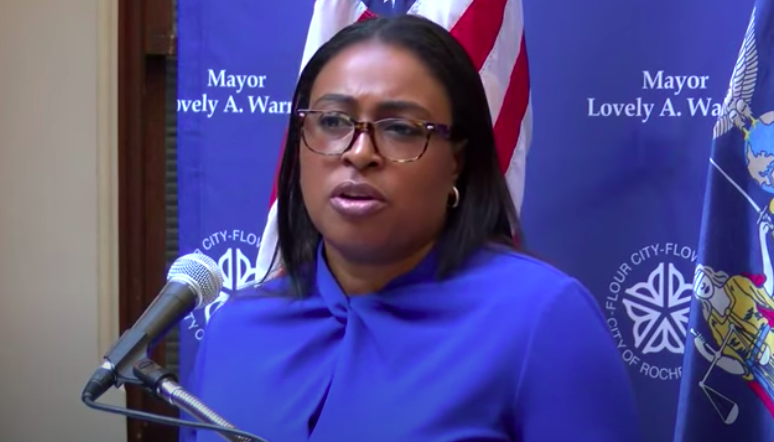 “Unfortunately, state law and union contract prevents me from taking more immediate and serious action,” Warren said in a statement.

Last week, city officials released police body-camera footage showing the incident. Police responded to a family disturbance report, alleging the girl was suicidal and upset. When they arrived, the officers detained the child and tried to get her to move fully inside a police vehicle.

In the video, the young girl can be seen crying and begging for her father.

As law enforcement officers try to get the girl in the patrol car, she pleads with officers to get the snow off her. She repeatedly screams for her father and also lets officer know that her arm is hurting.

“You’re acting like a child,” one officer yells at the girl.

The girl then sits in the patrol car with her feet outside of the vehicle. Officers urge her to comply before a female officer issues the following threat:

“This is your last chance or pepper spray is going in your eyeballs, come on.”

After a few seconds, the officer then sprays the child in the face with pepper sprays. She can then be heard begging for an officer to wipe her eyes.

“I have a 10-year-old daughter. She’s a child. She’s a baby,” Warren said. “And I can tell you that this video, as a mother, is not anything that you want to see. It’s not. This is not something that any of us should want to justify, can justify, and is something we have to change. It is not an option.