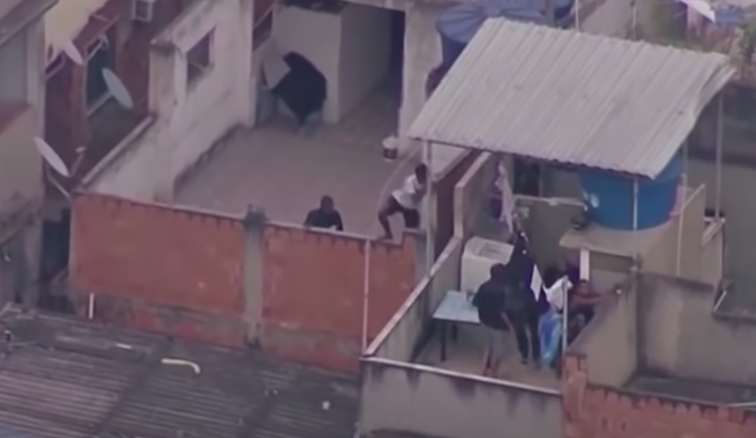 In the Jacarezinho favela in Brazil’s capital, Rio de Janeiro, a police raid has left 25 people dead. The raid has been called one of the “deadliest police shootings” in the city’s history.

According to the Associated Press, heavily armed men fled police by leaping from roof to roof as a police helicopter flew overhead. Police say they arrested six suspects and that they seized 16 pistols, six rifles, a submachine gun, 12 grenades and a shotgun.

A witness told the publication that she witnessed an officer shooting and killing an unarmed man who lay helpless.

“There were no suspects killed. They were all traffickers or criminals who tried to take the lives of our police officers and there was no other alternative,” Felipe Curi, a police detective, said in a seemingly contradictory statement.

But others agree the raid was overkill.

“It’s extermination – there’s no other way to describe it,” said Pedro Paulo Santos Silva, a researcher from Rio’s Centre for Studies on Public Security and Citizenship. “This was a massacre.”

TheHub.News contributor, Sed Miles, highlighted the pervasiveness of police killings in the country.

“Blacks in Brazil represent 66% of homicide deaths compared to 29% of Whites. In the city of Rio de Janeiro alone, police have killed more than 9,000 people in the last decade with three-quarters of them being Black men,” Miles wrote in his article entitled, “Ebony Goddess.”

“And in Sao Paulo, police kill one person every 7.5 hours. In 2008, a study showed that 111.2% more blacks died proportionally than whites.”

While the Brazilian government appears to be working overtime to keep the police killings of its Black community out of the media glare, this raid may finally the world’s eyes to the country’s long-running culture of police brutality and corruption.