Outrage as ‘Hotel Rwanda’ Hero Is Found Guilty of Terrorism 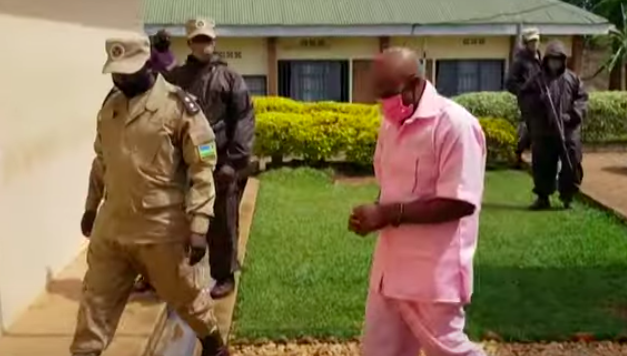 Paul Rusesabagina, the former hotelier who inspired the award-winning Hollywood movie “Hotel Rwanda,” has been found guilty of terrorism-related charges.

In the film, a former manager of the Hotel des Mille Collines in Kigali sheltered hundreds of guests from ethnic persecution during the 1994 genocide.

Rusesabagina was a known oppositionist of President Paul Kagame and his administration. In a 2018 video message, while living in exile, he called for a change in government, saying that “the time has come for us to use any means possible to bring about change in Rwanda.”

Rwandan authorities accused him of lending his support from abroad to a rebel group in Rwanda. Rusesabagina insists that he established the National Liberation Front (FLN) to assist Rwandan refugees. The FLN is accused of killing at least nine civilians.

Over 100 days from April 1994, 800,000 people, mainly from the Tutsi ethnic group, were butchered by radicals from the Hutu community.

The Rwandan government issued an arrest warrant for Rusesabagina to answer charges of serious crimes including “terrorism,” arson, kidnap, and murder perpetrated against unarmed civilians. He was accused of being “founder, leader, sponsor and member of violent, armed, extremist terror outfits including the Rwanda Movement for Democratic Change” (MRCD).

Rusesabagina was arrested during a trip to Dubai and transported to Rwanda to face the charges. At the time, Rusesabagina’s family claimed he was kidnapped and forcibly taken to Rwanda last year.

During the trial, a witness claimed that he had tricked Rusesabagina into boarding a plane in Dubai by telling him it was flying to Burundi and not Rwanda.

He is a Belgian citizen, as well as a U.S. green cardholder.