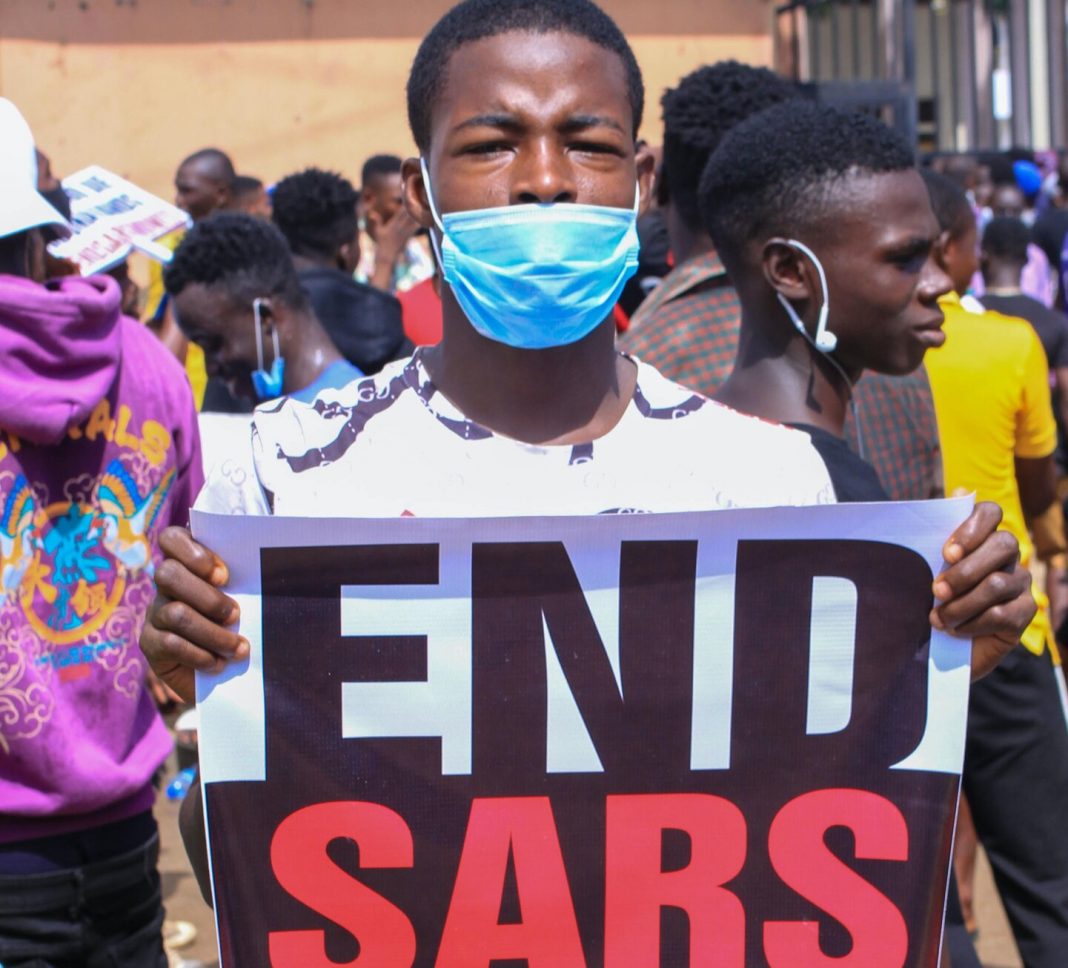 Several civilians have reportedly been shot dead or wounded during a protest against police brutality in Nigeria’s biggest city, Lagos.

Demonstrators shared footage of men in military uniform, alleged to have been the Nigerian military, advancing towards a crowd of peaceful protestors.

Soon after, social media was flooded with harrowing images of protestors wounded by gunfire as well as dozens of pictures of dead bodies scattered across the streets of Lekki.

In several video clips shared on Twitter, protestors can be seen pleading with security officials to allow medics to treat victims. Ambulances were allegedly turned away by soldiers, and government hospitals are also reported to have turned away shooting victims.

“We were all sitting down, peacefully, and they shut down the lights and the billboards, everyone started screaming … They came to us, but I don’t know who it was. They were shooting, and everyone was running for his life,” a protester named Toye told The Guardian.

Sanwo-Olu says 25 people were being treated for mild to moderate injuries, while two were receiving intensive care. He adds that three had been discharged from the hospital.

“I recognise the buck stops at my table and I will work with the [federal government] to get to the riot of this unfortunate incident and stabilise all security operations to protect the lives of our residents,” he tweeted.

Still, Amnesty International says it has evidence to the contrary and is investigating the alleged killings.

“Amnesty International has received credible but disturbing evidence of excessive use of force occasioning deaths of protesters at Lekki toll gate in Lagos. #EndSARS #Lekki #Nigeria,” the NGO shared on Twitter. “While we continue to investigate the killings, Amnesty International wishes to remind the authorities that under international law, security forces may only resort to the use of lethal force when strictly unavoidable to protect against imminent threat of death or serious injury.”

The country is still waiting on its president, Muhammadu Buhari, to directly address the shootings.