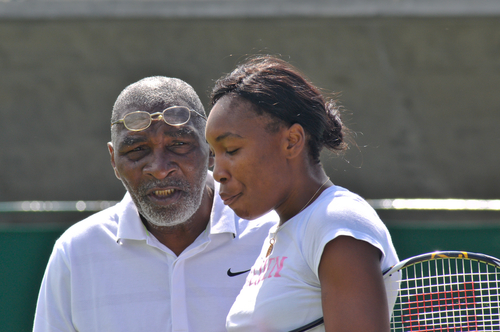 “King Richard” is a noble title for a movie about a man who raised tennis royalty.

The film focuses on Richard Williams as the force behind the Williams sisters. However, a more appropriate title for Richard might be founder and CEO.

“The truth was I had created a company before they were born called Richard Williams Tennis Associates, which I still own, and had saved $810,000 which was all in the bank,” Williams wrote in his autobiography, Black and White, the Way I See it. “I paid my own kids’ way through tennis. I didn’t want anyone to help me. I could have gotten sponsors, but Venus and Serena were my children, so it was my responsibility to pay for them. I never had to take one penny from anyone.”

Richard’s business plan included a list of rules, keys to success. He believed that confidence is essential to success and that faith is crucial to confidence. He guarded his girls’ strong sense of self.

In 1995, Richard shut down an interview between Venus and a sports reporter who questioned her confidence. The reporter quizzed Venus about her chances against an upcoming opponent. Venus stated, without a doubt, that she could beat this higher-ranked player. The reporter asked why? Then, seemingly out of nowhere, Richard stormed onto the set and rebuked the reporter for questioning Venus’ confidence.