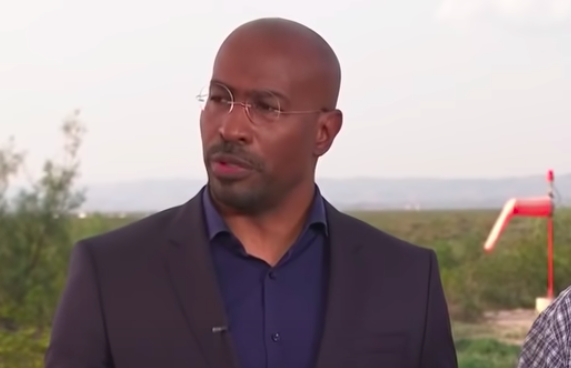 He will also be donating the same amount to chef José Andrés.

“They can give it all to their own charity,” Bezos said at a press conference following his brief trip to space. “Or they can share the wealth. It is up to them.”

The money is part of his new Courage and Civility Award to honor those who have “demonstrated courage.”

“We need unifiers and not vilifiers,” Bezos said. “We need people who argue hard and act hard for what they believe. But they do that always with civility and never ad hominem attacks. Unfortunately, we live in a world where this is too often not the case. But we do have role models.”

He added, “We live in a world where sometimes instead of disagreeing with someone’s ideas, we question their character or their motives. Guess what? After you do that, it’s pretty damn hard to work with that person. And really what we should always be doing is questioning ideas, not the person.”

Jones was appreciative of the mammoth donation.

Outside of his with CNN, Jones founded the nonprofit organization Dream Corps, a bipartisan nonprofit impacting the intersection of criminal justice reform, climate, and technology.

“Courage and civility perfectly describe my dear friend, Van Jones. It could not be more fitting that he is to be a recipient of this award,” says Anand. “I’ve been lucky to work alongside him for nearly a decade pursuing justice, building bridges and dreaming of a future with freedom and dignity for all. As the CEO of Dream Corps, a national social justice nonprofit founded by Van, I am honored to carry forward our work every day. Van’s bold and beautiful vision deserves to be supersized and I am certain what comes next will be extraordinary.”