France to Return Dozens of Looted Abomey Treasures to Benin 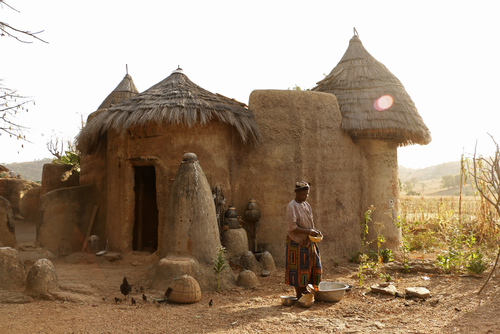 Last month, France displayed 26 looted colonial-era artifacts for the last time before the European country began the process of returning the artifacts to their rightful home in Benin, West Africa.

In November 1892, Colonel Alfred Dodds led the troops into the Kingdom of Danhomè, located in the south of present-day Benin. After breaking into the Abomey Palace, which at the time was the home of King Behanzin, the artifacts were stolen and donated to the Musée d’Ethnographie du Trocadéro in Paris in the 1890s.

King Behanzin succeeded to the Dahomean throne in 1889. During his reign, he resisted the French claim to Cotonou, Benin’s largest city. In retaliation, the French invaded Benin. Behanzin was then ousted and deported to the West Indies. The kingdom of Dahomey became a French colony.

The objects had been housed at the Quai Branly since 2003.

The treasures will be transferred to the royal palace compound in Abomey, where a new museum is being constructed.

Following his election in 2017, French President Emmanuel Macron declared that he would “do everything possible” to return some of Africa’s cultural heritage plundered by colonial France.

“We have fought for these items to return home,” said Macron, referring to the challenges of the restitution process, which include training curatorial teams in Benin. The effort was both worthwhile and historic. The journey that now awaits us is a just journey. It’s the right path forward that opens up so many other paths ahead,” said Macron.

At least 90,000 artifacts stolen from sub-Saharan Africa are in possession of French institutions, according to a 2018 report commissioned by the French government. More than 70,000 of them remain at the Quai Branly.

While the return of Benin’s Abhomey Treasures is a positive gesture, Macron still expressed hesitancy in returning all of West Africa’s stolen riches.

“The purpose of this adventure is not for France to get rid of every piece of the heritage of others. That would be a terrible vision,” Macron said at the ceremony.