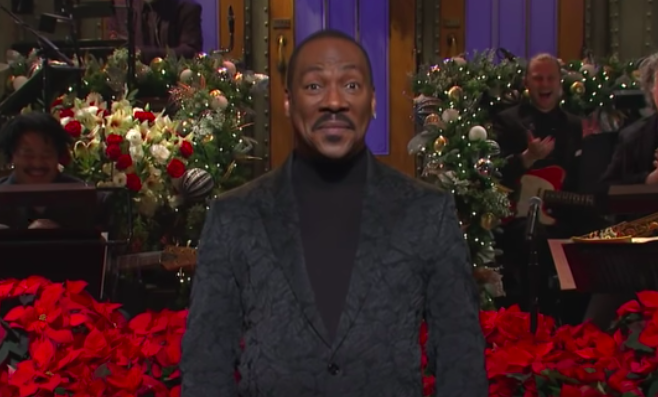 Hollywood icon Eddie Murphy will be inducted into the NAACP Image Awards Hall of Fame this month.

The Hall of Fame Award will be presented by Murphy’s collaborator and long-time friend Arsenio Hall, “is bestowed on an individual who is a pioneer in his or her respective field and whose influence will shape the profession for generations to come.”

The NAACP credits Murphy as being one of the most commercially successful actors in the history of the motion picture business.

“We are honored to celebrate one of the most influential comedic geniuses in the entertainment industry and an individual who has inspired a generation of Black talent,” said Derrick Johnson, President and CEO of the NAACP. “To this day, Eddie Murphy’s work continues to bring joy and laughter to individuals around the world, and he is an amazing example of Black excellence, creativity, and artistry.”

Murphy began his career as a stand-up comic while he was still a teenager. He later joined the cast of “Saturday Night Live,” before his Hollywood career took flight.

Over the years Murphy has blown viewers away in a slew of successful box office hits, including “48 Hours” and made his mark in a slew of films such as “Beverly Hills Cop,” “Coming to America,” “Shrek,” “The Nutty Professor,” “Dr. Dolittle” and “Dolemite Is My Name.”

Speaking to The New York Times, Murphy touched on the legacy he’d like to leave behind.

“If I’m thinking about my legacy — and I rarely do — my career never even comes into it. My legacy is my children,” he shared. “When I’m dead, and they’re doing my eulogy, ain’t nobody going to be standing over the coffin talking about, [preacher voice] “And then, he did ’48 Hrs.,’ which was a wonderful film. Burst on the scene with Nick Nolte and shook up the world. Moved onto ‘Trading Places’ and then the great ‘Beverly Hills Cop.’ And then the classic ‘Raw’ — let’s show a clip.”