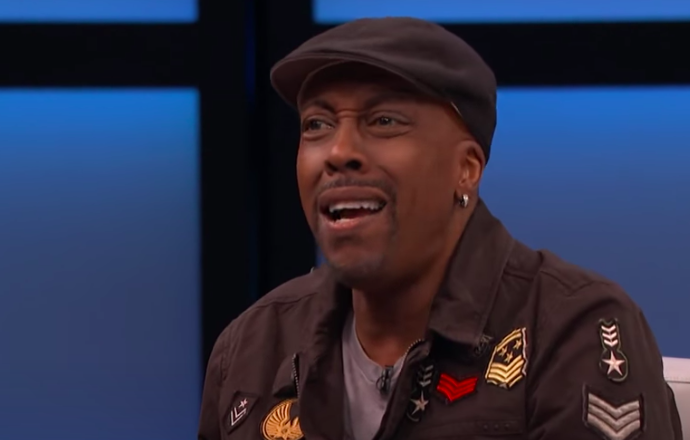 Eddie Murphy and Arsenio Hall have revealed that Paramount forced them to cast a white person in “Coming to America.”

The comedians stopped by to chat with talk show host Jimmy Kimmel about the film’s sequel, “Coming 2 America,” which is now available on Amazon Prime.

Kimmel asked how Louis Anderson came to be involved in the original film. He says they were not left given much choice — the film studio insisted they include a non-Black cast member.

Murphy immediately chimed on: “Yeah Paramount was like — ’cause the whole cast is Black, and this was back in the ’80s — so it was like ‘We have to have a white person! We can’t do… There has to be a white person in the movie!'” He then began to laugh. “I was like: ‘What?’ So it was ‘who was the funniest white guy around?’ Louis we knew was cool, so that’s how Louie got in the movie.”

“It was really official,” Hall asserted. “I had a list. They gave me a list with three white guys. They said, ‘Who would you rather work with?’ And I pointed to Louie.”

The comedians refused to reveal the two other names on the list.

“Coming 2 America” centers on Prince Akeem (Murphy), who is soon to become the king of the fictional country of Zamunda, but he has no male heir. He soon finds out that he fathers a son in Queens and sets out to grant the former king’s (James Earl Jones) dying wish to raise his grandson as the crown prince.