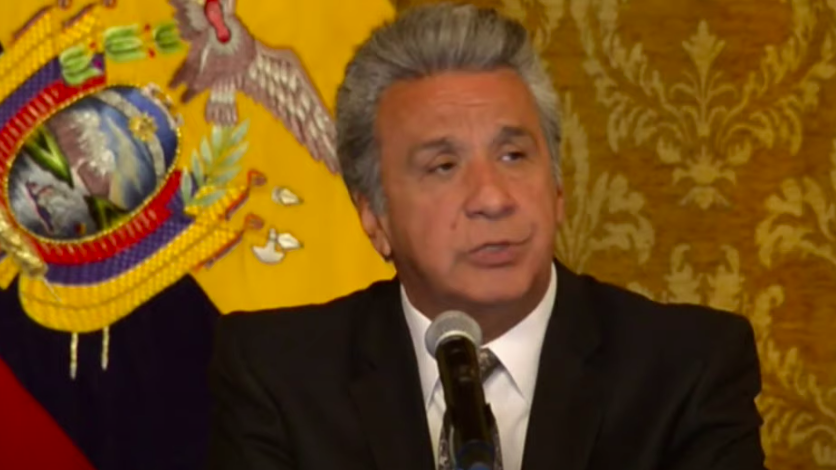 The Confederation of Indigenous Nationalities of Ecuador (CONAIE), Ecuador’s largest Indigenous organization, has filed a lawsuit against President Lenin Moreno for crimes against humanity.

CONAIE asked the prosecutor’s office to investigate “crimes against humanity” because they believe the crackdown was “a systematic and widespread attack on the civilian population,” the group’s lawyer, Carlos Poveda, told the AFP news agency.

Poveda added that the lawsuit was not only against Moreno, but also the minister of interior, the defense minister, the police chief and the comptroller.

Ten people were killed and more than 680 arrested in a dispute, which cost the country a reported $1 billion.

“Our fight is in defense of our territories,” he said, CONAIE President Jaime Vargas said at the time, adding that authorities “don’t respect the collective rights of the indigenous people.”

A year later, Vargas and CONAIE are not backing down.

“We had filed complaints, we had told the State that they should investigate the events of October 2019, but this irresponsible government and the Ecuadorian justice system have not been able to respond and give an explanation to the Ecuadorian people,” he told reporters.