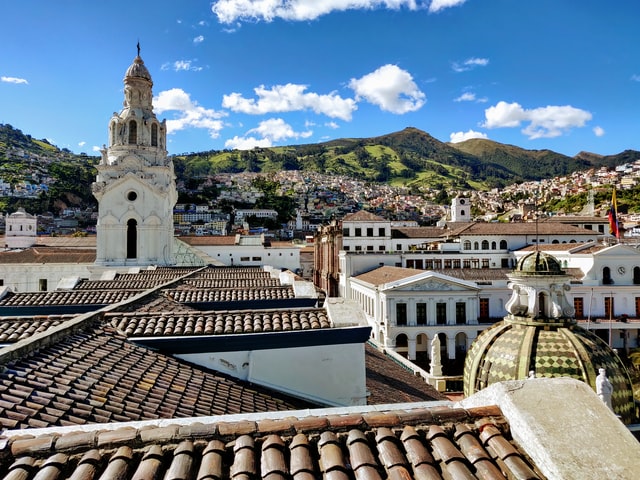 Ombudsman Freddy Carrion announced the court’s decision on Twitter. Carrion said the ruling “was possible thanks to the women and feminist groups who have consistently battled for a more fair and egalitarian society.”

Ecuador is a Catholic-majority Latin American country, with 80% of the country practicing the religion and termination is largely frowned upon. Women who have abortions in Ecuador risk a three-year sentence in prison.

Carrion’s office said the court’s decision passed with 7-2 votes. “From today, no raped woman will be criminalized,” the decision reads in part. Among those under the age of 14, 80% of pregnancies are due to sexual violence — a mammoth 2,500 girls.

Prior to the ruling, legal abortion in Ecuador was permitted only in cases of the rape of a woman with mental disabilities or when the mother’s life is determined to be at risk.

The Ecuadorian constitution states that “girls, boys and adolescents shall enjoy the rights common to human beings, in addition to those specific to their age. The state shall recognize and guarantee life including its care and protection from conception.”

Anti-abortion activist Erwin Ronquillo criticized the decision. “In the face of a violation, a human drama is confronted, and once the fact is closed, harm is already done to a person. The Constitutional Court decides how it decided to give the most helpless victim a death penalty and the raped woman,” said Ronquillo, per the Ecuadorian newspaper El Nacional.

Eyes turned to the country’s conservative president-elect to see whether he would stand behind the change in policy. He said he would respect court’s decision.

“The independence of the government branches and the secular nature of the state are principles that cannot be negotiated,” President-elect Guillermo Lasso said in a statement.

Latin America and the Caribbean have some of the most restrictive abortion laws in the world. In January, Argentina became the fourth country in the region to sanction selective termination of pregnancy. Cuba, Guyana and Uruguay have also legalized abortion.