Did You Know Julian Bond Was Born Today? 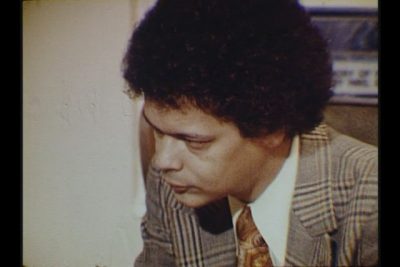 This Day In History: January 14th

Horace Julian Bond was born on January 14, 1940, in Nashville, Tennessee, but the Bond family moved to Pennsylvania when he was five years old. His father became the first African American President of Lincoln University (Pennsylvania), the nation’s first degree-granting Historically Black College and University.

Bond attended Morehouse College where he excelled in swimming and even founded a literary magazine called The Pegasus. He also had the opportunity to work as an intern at Time magazine. Bond’s popularity rose as he became known for his coordinating and speaking abilities at civil rights demonstrations.

In 1960, Bond solidified his role in the movement when he was a founding member of the Student Nonviolent Coordinating Committee (SNCC) and served as the communications director from 1961 to 1966. During this time he also led student protests against segregation in public facilities in Georgia. He became very involved with SNCC and did not complete his degree at Morehouse until 1971.

Following his graduation from Morehouse, he helped found the Southern Poverty Law Center (SPLC) and served as the organization’s president from 1971 to 1979. He decided to take a political stance when he was elected to the Georgia House of Representatives. White members of the House refused to seat him because of his opposition to the Vietnam War, but the United States Supreme Court ruled that the House denied Bond his freedom of speech and therefore had to seat him.

He served six terms in the Georgia Senate and was the first African American nominated as Vice President of the United States. However, he had to withdraw his name from the ballot because of his age. He also made an unsuccessful run for the U.S. House of Representatives but lost to John Lewis.

Over the course of his career, Bond has taught at several universities including American, Drexel, Harvard, the University of Pennsylvania, and the University of Virginia. He has also received more than 20 honorary degrees. Horace Julian Bond died on August 15, 2015, after dedicating his life to equality.