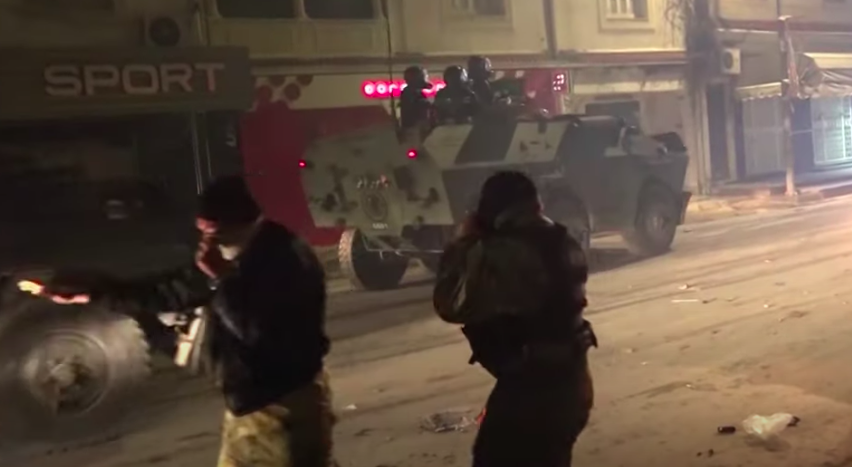 In Tunisia, hundreds of protestors have been arrested as Tunisian police clashed with demonstrators in protest against the police and it’s declining economy.

The demonstrations began in Siliana on Friday during the start of a four-day coronavirus lockdown on January 14th, after a video was uploaded to social media showing a police officer shouting and pushing a shepherd. The shepherd’s sheep entered the local government headquarters.

Protests were also reported in Sousse, Nabeul and the capital of Tunis,

As the video went viral, hundreds of protesters erected barricades and set fire to objects to block the city’s street.

Protestors’ primary demands are for jobs, better government services and an end to police violence.

“It’s a new generation,” Ons Ben Abdelkarim, Tunisia representative for Expectation State, an emerging-nations development aid group, said via The Washington Post. “They didn’t know anything about the dictatorship. They really grew up hearing about democracy and the revolution and change, but they didn’t see an impact on their daily life.”

The civil unrest comes just after the country marked the 10-year anniversary of its revolution. President Zine El Abidine Ben Ali was ousted and forced into exile during the revolt.

According to Reuters, an interior ministry spokesman said police detained 632 people on Sunday alone. Most of the detainees were aged 15-20, it said.

Rights watchdog Amnesty International on Monday have called for the immediate release of Hamza Nassri Jeridi, a rights activist arrested on Monday.

“Security forces must immediately refrain from using unnecessary and excessive force to disperse protesters in the capital and several governorates, against marginalisation, police violence, poverty and lack of job opportunities,” it said.