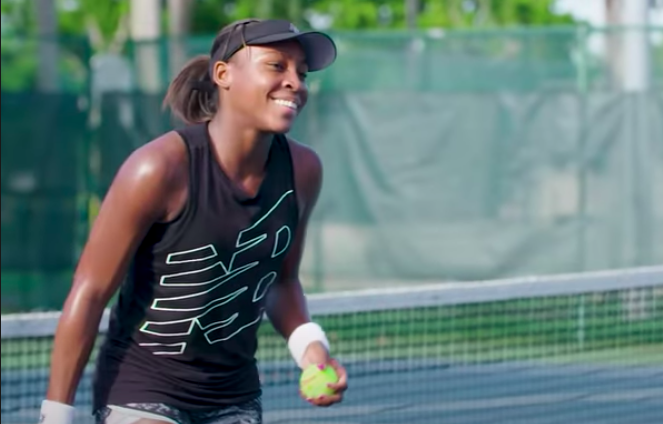 The 17-year-old announced her withdrawal from the games via Twitter on Sunday.

“It has always been a dream of mine to represent the USA at the Olympics, and I hope there will be many more chances for me to make this come true in the future,” she tweeted. “I want to wish TEAM USA best of luck and a safe games for every Olympian and the entire Olympic family.”

Gauff is currently the 25th ranked female tennis player in the world. She was expected to lead the U.S. women’s tennis team throughout the games.

The U.S. Tennis Association released a statement in response to Gauff’s announcement.

“We were saddened to learn that Coco Gauff has tested positive for COVID-19 and will therefore be unable to participate in the Tokyo 2020 Olympic Games,” the USTA tweeted. “We wish her the best as she deals with this unfortunate situation and hope to see her back on the courts very soon. We know Coco will join all of us in rooting the other Team USA members who will be traveling to Japan and competing in the coming days.”

On Monday, it was reported that an alternate on the United States women’s artistic gymnastics team had also tested positive for the coronavirus. She and one other alternate who was in close contact with the positive team member are currently in isolation.

Gauff’s announcement comes amid growing criticism of the Tokyo games. Tokyo prefecture is currently under a third state of emergency due to rising cases of Covid-19, which resulted in viewers being banned from the games.

Recent reports show that over 78% of Japanese people are in opposition to the Tokyo games. Toyota, which was sponsoring the games, announced that it would no longer run Games-related TV commercials due to the lack of support for the Olympics.

The Tokyo 2020 Games are set to begin on Friday, July 23rd and will run until Sunday, August 8th.