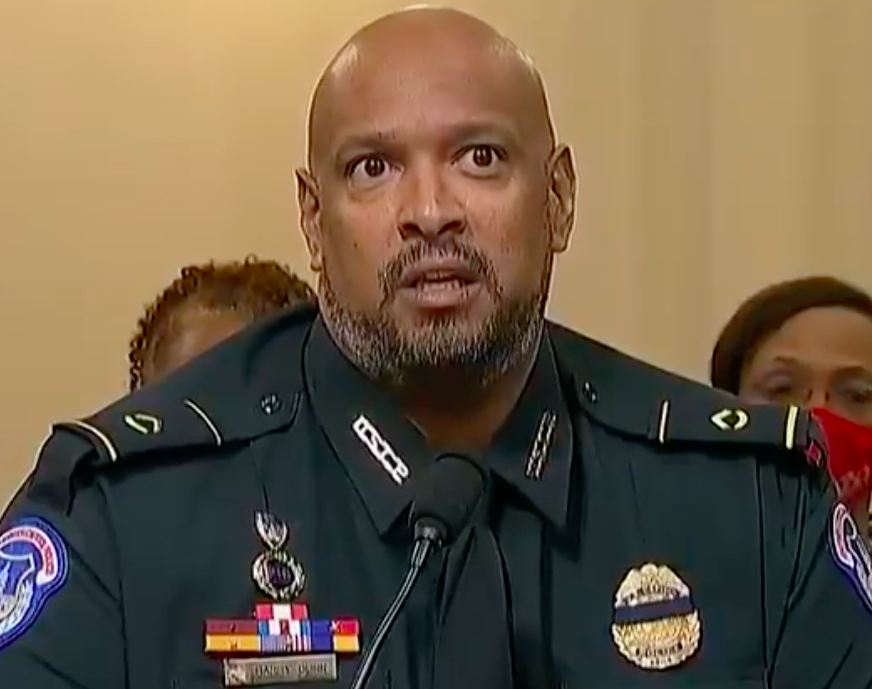 “I was grabbed, beaten, Tased, all while being called a traitor to my country,” Fanone testified to House investigators. “I was at risk of being stripped of and killed with my own firearm, as I heard chants of, ‘Kill him with his own gun.’”

Gonell told House investigators that he could feel himself losing oxygen as rioters crushed him.

“I could feel myself losing oxygen and recall thinking to myself, ‘This is how I’m going to die, defending this entrance,’” he said.

The most moving testimony came from Dunn, who revealed he faced a barrage of racial slurs.

“One woman in a pink ‘MAGA’ shirt yelled, ‘You hear that, guys, this n-gger voted for Joe Biden!’ Then the crowd, perhaps around 20 people, joined in, screaming ‘Boo! F-cking n-gger!’” he said.

While several of the rioters have been slapped with charges (approximately 540) — higher-ups who supported the coup are yet to face justice.

“On and before January 6, 2021, the Defendants Donald J. Trump, Rudolph W. Giuliani, Proud Boys, and Oath Keepers conspired to incite an assembled crowd to march upon and enter the Capitol of the United States for the common purpose of disrupting, by the use of force, intimidation and threat, the approval by Congress of the count of votes cast by members of the Electoral College as required by Article II, Section 1 of the United States Constitution,” the introduction of the lawsuit reads.