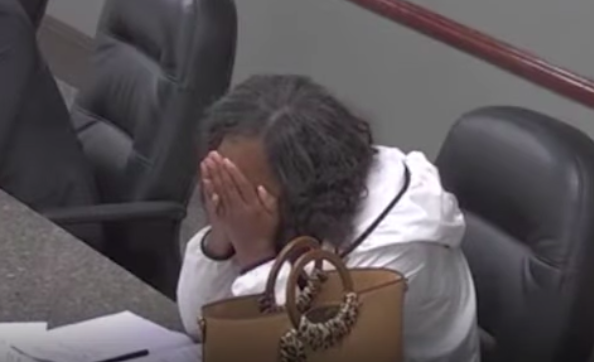 A community in Alabama is calling for the immediate resignation of a council member after he publicly referred to a Black colleague using the N-word in a public debate.

In the video, Bryant stands while discussing a variety of issues with Tarrant Mayor Wayman Newton, who is Black.

Bryant then asked Black councilmember Veronica Freeman, “Do we have a house n*gger in here? Do we? Do we? Would she please stand up?”

Freeman then exits in tears before eventually returning.

Bryant’s defense is that he was repeating something Newton said about Freeman during the executive session.

“He said it in a derogatory manner, I said it so people would know what the mayor said,” Bryant later told WVTM. “The mayor was being derogatory toward Veronica Freeman when he said that.”

Despite the backlash and subsequent calls from Democrats to step down, Bryant says he will not resign. He also denies that he is a racist.

“I did what needed to be done. It needed to be brought to light what kind of a person the mayor is,” he told the local news station.

It’s not only the Democrats calling for Bryant’s firing.