Brazil’s Bolsonaro Refuses to Back Down: ‘Only God Removes Me’ 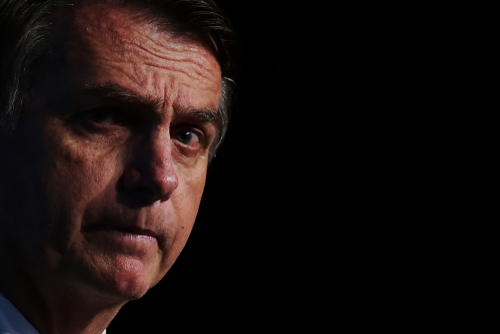 The right-wing leader says that he will no longer comply with the decisions of the court — he says he only answers to God.

Bolsonaro is calling on the Senate to impeach Justice Alexandre de Moraes, who has jailed several of the president’s supporters for allegedly financing, organizing or inciting violence or disseminating false information.

On Brazil’s Independence Day on Tuesday, Bolsonaro called on his supporters to rise up. The country braced itself for scenes reminiscent of former President Donald Trump’s Jan. 6 riot at Capitol Hill.

But Bolsonaro loyalists stopped short of any violence.

“Any decision from Mr. Alexandre de Moraes, this president will no longer comply with. The patience of our people has run out,” Bolsonaro said to a crowd of supporters in Sao Paul. “For us, he no longer exists. I want to tell those who want to make me unelectable in Brazil: Only God removes me from there,” he declared.

“There are three options for me: be jailed, killed or victorious. I’m letting the scoundrels know: I’ll never be imprisoned!” he declared.

Much like Trump, Bolsonaro grossly overestimated Tuesday’s turnout. He had predicted that 2 million people would turn out in Sao Paulo. However, just 125,000 showed out for the controversial leader’s insubordinate rant.

“Encouraging non-compliance with court decisions is undemocratic, illicit and intolerable,” Fux told the nation in a televised message.

“No one will close this court, we will keep it standing,” he added.