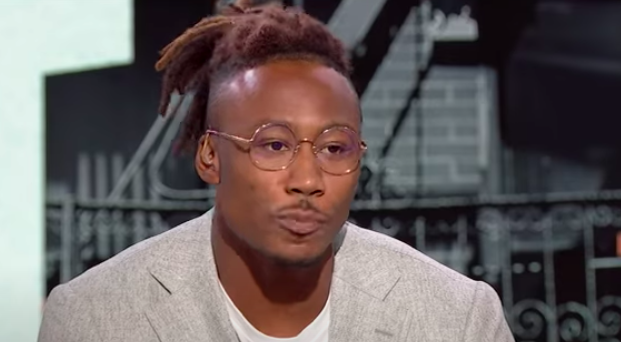 The show is called “The Toughest Opponent,” and will focus on the mental burdens faced by athletes.

“I have vowed to make it my life’s purpose to remove the stigma of mental health in sports. I cannot be more excited to partner with Red Table Talk Productions to amplify the powerful truths of my fellow athletes. Mental health is part of the human condition, and athletes shouldn’t be expected to check their humanity at the door,” Marshall told Deadline.

Marshall has spoken out in the past about his own battles with mental health. The 13-year NFL veteran was diagnosed with borderline personality disorder (BPD). On July 31, 2011, he publicly announced his diagnosis — vowing to become a mental health advocate.

“It wasn’t until I was on the campus of McLean Hospital that I knew what borderline personality disorder was, or that I was experiencing any of the symptoms,” Marshall told Future of Personal Health in June. “I had no clue I had it, and it went undiagnosed for around four years.”

In February, he opened up about the series of events which ultimately led to his agent insisting that he seek help for his internal struggles.

“The dumb mistakes I made in college,” he said, “the stupid things I’ve said in the media. All of that led to me sitting down with my team, my agent and my assistant at the time, and saying ‘Yes. It’s time to get help and not just talk therapy, but let’s figure out if there’s a program out there,'” he told People.

“I think a lot of people suffer in silence, whether they know they’re hurting and they just sit there with their thoughts.” “And I think there’s another group that suffers in silence where they just don’t know any better because they’re a product of their environment,” he further explained.