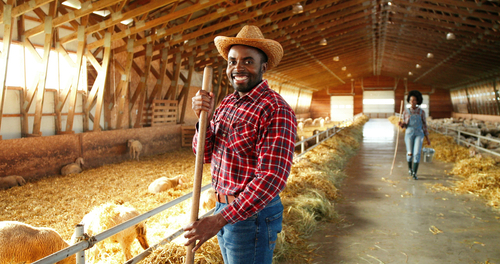 Black farmers are fighting back after a temporary injunction halted an estimated $4 billion in debt relief passed by Congress as part of the American Rescue Act.

The loans were to be provided to Black farmers via the United States Department of Agriculture (USDA) loan programs.

In June, a federal judge in Wisconsin ordered the temporary halt to the federal loan relief program created to support Black farmers and farmers of color.

Judge William Griesbach found that the white farmers “are likely to succeed on the merits of their claim” that the U.S. Department of Agriculture’s “use of race-based criteria in the administration of the program violates their right to equal protection under the law.”

This week, the Lawyers’ Committee for Civil Rights Under Law, Public Counsel, and pro bono counsel Winston & Strawn LLP filed an intervention motion on behalf of the Federation of Southern Cooperatives/Land Assistance Fund (the Federation).

Section 1005 of the American Rescue Plan, signed into law on March 11, 2021, was designed to provide debt relief to Black farmers and other farmers of color who have long suffered at the hands of the USDA’s harmful discrimination.

“The USDA has a documented history of discriminating against Black people and communities of color. The federal government’s attempt to rectify this injustice should be applauded, not stopped,” said Damon Hewitt, president and executive director of the Lawyers’ Committee for Civil Rights Under Law.

“If this critical assistance is not provided soon, Black farmers and other farmers of color who have struggled to overcome decades of discrimination and the economic impacts of the global pandemic will face the threat of losing their land and their livelihoods.”

Farmer declarations included in the intervention cite multiple instances of discrimination, including:

Misplaced loan paperwork and approval delays of more than two years; inaccurate advice about whether FSA loans could be restructured and even the inability to sell equipment to repay loans after their tractors, which were up for bid, were vandalized with racist graffiti by their non-Black counterparts.

Black farmers currently make up less than 1% of all farmers in the country. However, in 1920, one out of every seven farms were owned by a Black farmer.