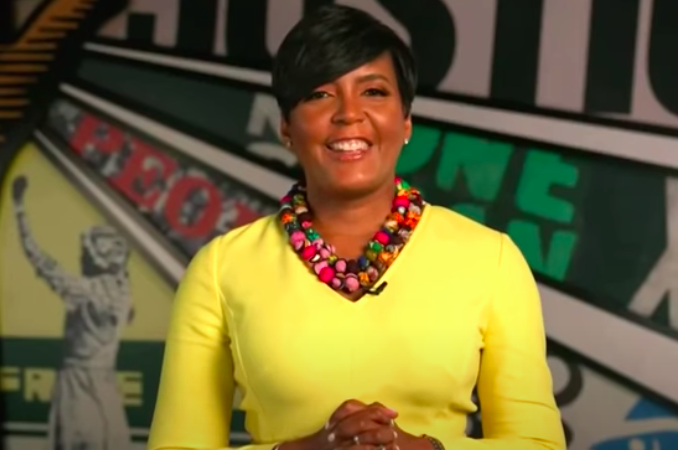 “The voting restrictions of SB 202 will disproportionately impact Atlanta residents—particularly in communities of color and other minority groups,” said Mayor Bottoms. “This Administrative Order is designed to do what those in the majority of the state legislature did not—expand access to our right to vote.”

The new administrative order cannot change any of the new requirements but instead will provide staff training on voter registration and general information on early, absentee, and in-person voting, in order to communicate this information to the city’s residents.

Republicans have touted Senate Bill 202, which is named The Election Integrity Act of 2021, as a bill to boost confidence in elections after the 2020 then-President Donald Trump’s unsubstantiated claims of fraud.

The new election law may help Georgia Gov. Brian Kemp patch up his relationship with Republicans as he prepares to run for a second term next year. Trump’s Georgia loss during the election and the state’s refusal to overturn the election results, which handed Biden the win upset, more than a few GOP members.

Last week, the MLB pulled its All-Star game from Georgia in response to the new election bill. As other corporations consider following suit, Kemp promised a fight.

“I want to be clear: I will not be backing down from this fight,” Kemp said at a news conference on Saturday after MLB’s decision was announced. “We will not be intimidated, and we will also not be silenced.”

After the bill was signed into law, Georgia’s Speaker of the House of Representatives announced a proposal that would make Georgia ID cards free to residents. State ID cards are similar to driver’s licenses and may be used for voter identification, among other purposes.

“Ultimately, we want to make getting a government-issued photo ID as easy as possible, and removing this fee is one more way to demonstrate our commitment that everyone has the tools necessary to vote in Georgia,” House Speaker David Ralston said.