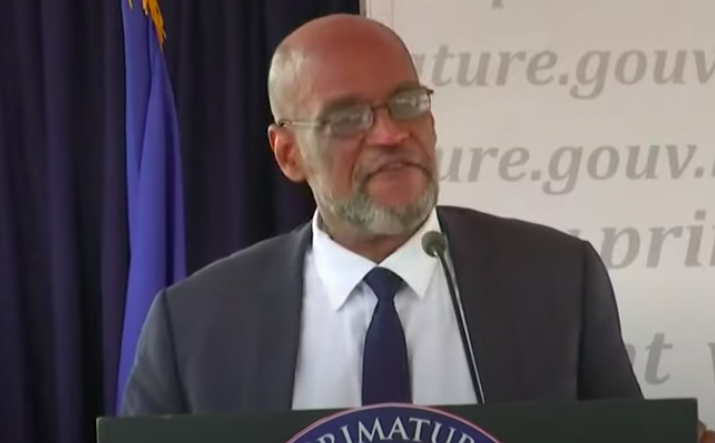 Dr. Ariel Henry has been sworn in as Haiti’s new prime minister two weeks after the assassination of the country’s President, Jovenel Moïse.

Claude Joseph served as Interim Prime Minister after Moïse’s death, backed by the police and military, but Haiti is still battling for order to be restored.

“I’m a courageous man, I took charge, and I spoke to the population and said, ‘Keep calm. We need to behave intelligently,'” Joseph told The New York Times of the role he played after the president’s death. “Otherwise, no one knows what would have happened.”

Additionally, he told The Post that he had no interest in a “grab” for power.

“Everyone who knows me knows that I am not interested in this battle, or in any kind of power grab,” Joseph says. “The president was a friend to me. I am just interested in seeing justice for him.”

Dr. Henry studied at France’s University of Montpellier school of medicine at Boston University. He became the country’s interior minister in 2016 and led the country’s public health response to the cholera epidemic following the 2010 earthquake.

During his inauguration, he called for Haitians to unite.

“All Haitians have to unite to fix the crisis. I’m not a magician,” Dr. Henry said.

Moïse, 53, was shot and killed in his private residence in Pétion-Ville. The First Lady Martine Moïse was also shot but she survived the attack.

The Guardian reports the hit squad also consisted of about two dozen Colombians who had assembled a stockpile of weapons, money, mobile phones and other equipment, including rental cars.