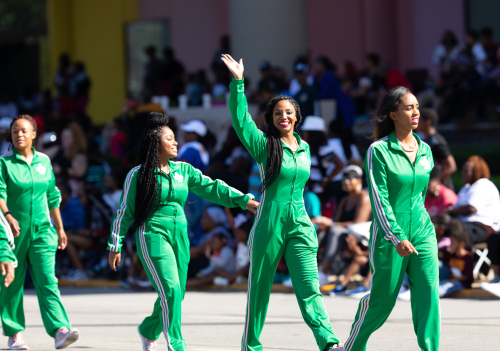 The Alpha Kappa Alpha Sorority, Incorporated is aiming to raise $1 million in 24 hours for their national HBCU Impact Day initiative for the fourth year in a row.

Today, the sorority will be holding its annual fundraiser as part of the sorority’s four-year, $10 million commitment to Historically Black Colleges and Universities (HBCUs) led by AKA International President and CEO Dr. Glenda Glover.

“The contributions of HBCUs can no longer be overlooked. Just look to the White House or the United States Congress,” Dr. Glover said in a statement. “Despite the recent national attention given to HBCUs in 2021 and incremental state and federal funding, HBCUs still lag far behind other institutions of higher education when it comes to ongoing and sustainable support.”

“Now more than ever is the time for Alpha Kappa Alpha to step up, as we have done for more than 113 years, along with our partners and continue our call to action for our historic institutions of higher education,” Glover adds.

The contributions of HBCUs can no longer be overlooked or minimized. Just look to the White House or the United States Congress. HBCUs account for nearly 25% of bachelor’s degrees granted to African Americans. I cannot imagine a world without HBCUs, but I can imagine how much stronger the world would be if we all supported the HBCU community.”

Members and supporters have surpassed the $1 million goal for the past three years. Last year, the sorority raised an impressive $1.3 million.

Interested donors can make contributions by giving by mail or online at http://donate.akaeaf.org during the 24-hour campaign.