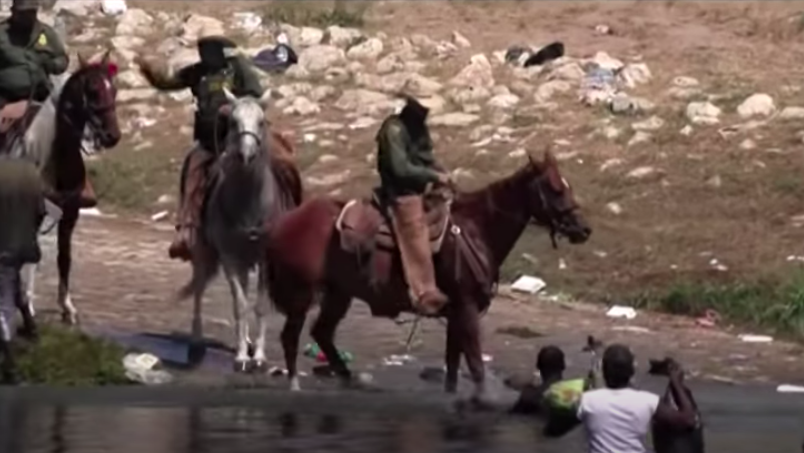 The public was outraged and demanding answers.

Last week, deportations to Haiti resumed. An airplane carrying over 100 passengers and 15 children deported Haitian immigrants to an unstable country.

Psaki added, “I can’t imagine what the scenario is where that would be appropriate, I’m certainly not suggesting that, but we’ve just seen the footage earlier this morning,” she said. Asked if the agents seen in the footage should be fired for their actions in dealing with migrants, Psaki said: “Of course they should never be able to do it again. I don’t know what the circumstances would be. It’s obviously horrific, the footage. I don’t have any more information on it, so let me venture to do that and we’ll see if there’s more to convey.”

In one of the videos, a law enforcement officer on horseback is heard yelling at the migrants, saying, “You use your women? This is why your country’s sh*t, because you use your women for this.”

Homeland Security Secretary Alejandro Mayorkas defended the use of horse patrols but said the department is investigating the incident.

“The footage is extremely troubling and the facts learned from the full investigation, which will be conducted swiftly, will define the appropriate disciplinary actions to be taken,” a statement from the department reads in part.