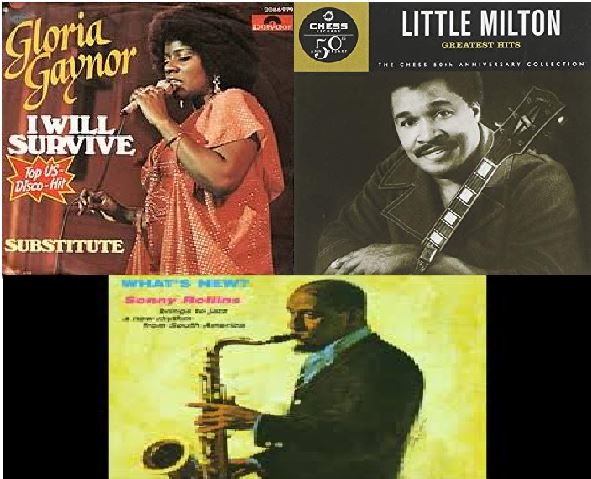 Many icons in the music industry, from Beyonce to Will Smith, share September as a birth month. On this day in history, legendary musicians Gloria Gaynor, Theodore Walter “Sonny” Rollins and James “Little Milton” Campbell were born.

Innovative jazz musician Theodore Walter “Sonny” Rollins was born in the Sugar Hill section of Harlem on September 7, 1930. Rollins started playing the piano at a young age but switched to the alto sax at the age of 11. By the age of 19, he had already spent several months rehearsing with popular jazz artist Thelonious Monk.

Rollins would go on to work with talents such as Miles Davis, Clifford Brown and Elvin Jones. He continues to perform his classic songs at the age of 89, and still resides in New York.

Like Rollins, soulful blues singer and accomplished songwriter, James “Little Milton” Campbell was born September 7, 1934, in the small town of Inverness, MS. He began playing the guitar at age 12, and was performing at local bars and clubs by age 15. Little Milton caught the eye of Ike Turner who would help him get signed to his first contract in 1953.

During his career, Little Milton had a total of 29 singles and 17 albums that were featured on the Billboard magazine charts. In 1988, he was inducted into the Blues Hall of Fame. Campbell had a stroke on August 4, 2005, and died a week later.

The proclaimed “Queen of Disco,” Gloria Gaynor, was also born on September 7th in 1949. She was born Gloria Fowles in Newark, New Jersey. Her hit song, “I Will Survive,” became the first No. 1 disco hit. She won a Grammy Award for the song and released an album each year from 1973 to 1981. Each album would make it to the Top 40 charts.

Gaynor became a Christian in 1982, and began incorporating gospel music into her catalog. She recently earned a bachelor’s degree in behavioral sciences to assist in her work with charities and organizations helping at-risk youths and their families. In 2015, Dowling College gave Gaynor an honorary doctorate degree in music. Like Rollins, Gloria Gaynor continues to perform and tour at the age of 70.