This Day in History: October 7th 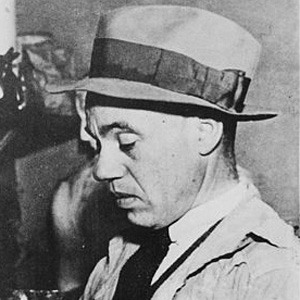 “The Negroes are a colorful race. They call for an art as colorful as it can be made,” Sargent Claude Johnson in a 1935 interview with the San Francisco Chronicle.

Sargent Claude Johnson was born in Boston on October 7, 1887. His father, Anderson Johnson was of Swedish ancestry, and his mother was Cherokee and African American. All of the children were able to “pass” for white, but Johnson was insistent on identifying with his African-American heritage throughout his life.

After the death of his parents, Johnson and his siblings moved to Washington, D.C. to live with their uncle and aunt, May Howard Jackson, a noted sculptress who specialized in portrait busts of African Americans. The children moved again to live with their grandmother and were sent to boarding schools.

While in school Johnson began studying music, art and mechanical drawing. He later went to Boston to attend music school but soon developed a deeper interest in art. He enrolled in the Worcester Art School to receive his first formal art training.

Johnson moved to the West Coast and worked various jobs and attended two art schools in San Francisco. He studied under the well-known sculptors, Ralph Stackpole and Beniamino Bufano and by 1925 he gained the attention of the Harmon Foundation.

His work was represented regularly in the foundation’s exhibition from 1926 to 1935. Johnson won numerous awards in the Harmon Foundation shows, including the Robert C. Ogden prize in 1933 for the most outstanding work in the exhibition. The 1930s were the most productive decade of Johnson’s career and his interest in Black art also peaked during the 1930s.

Franklin D. Roosevelt’s Works Progress Administration Federal Art Project provided several opportunities for Johnson during the late 1930s in the Bay Area. The first large project was an organ screen carved of redwood for the California School of the Blind in Berkeley and the second was decorating the interior of the San Francisco Maritime Museum in Aquatic Park.

Johnson’s final sculptures were completed in the mid-1960s and were a reflection of his evolution and originality. He moved around several times during the last years of his life but he finally settled back down in Downtown San Francisco.