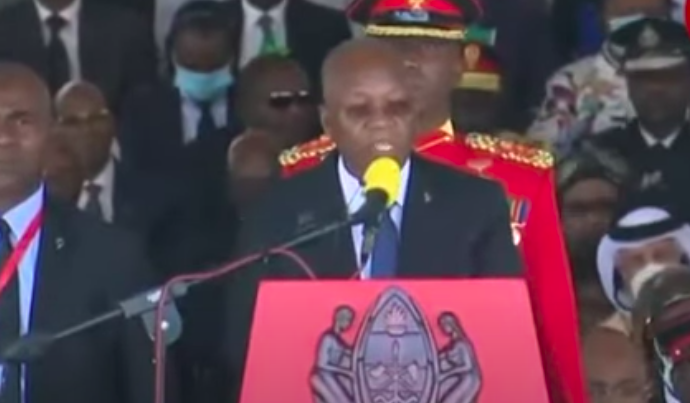 Tanzania’s President John Magufuli has been sworn in for his second term as president — taking an oath for a final five-year term.

During his address, he thanked Tanzanians for their support: “Elections have passed now it’s time to work, my administration will continue the fight against corruption, creating employment opportunities as well as continued work on building major projects.” He added: “My government will also continue to protect national resources, animals, poverty and other challenges facing Tanzanians.”

Magufuli’s administration banned opposition political gatherings in 2016, the year after he took office, essentially making the illegal to run a legitimate campaign for office.

Tundu Lissu of the Chadema opposition party rejected the election result and called for peaceful protests and action.

“The results that have been announced since yesterday and that the electoral commission continues to announce today, therefore, are illegitimate results. They do not constitute, they do not express the true will of the Tanzanian people,” Lissu said.

As he continues to divide the country, Magufuli’s swearing-in ceremony confirmed that the country’s allies remain firmly on his side.

“After the independence most African leaders failed to build their nation because of selfishness, but Tanzania under Mwalimu Nyerere played crucial role for [the] reunification of Africa. It’s time now to focus on economic aspects,” said Museveni.

Honoring the ‘Harlem Hellfighters,’ the All-Black Regiment That Fought In WWI