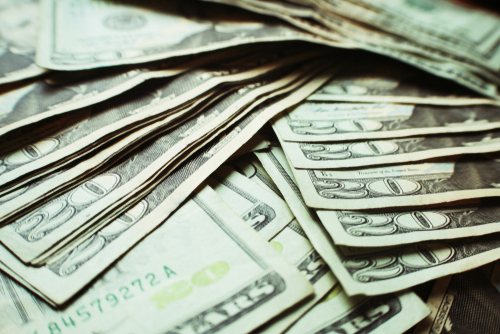 No one wants to be a quitter. We frown on quitters. Heck, we even have a saying, “Quitters Never Win.” So why do we quit so easily? I don’t have the answer as to why we give up, but I do have a couple of examples of quitting that should help stop you in your tracks the next time you think of quitting on yourself.

Recently, I was looking at my dividend growth account and I began to wonder if it was worth it. This feeling had everything to do with me coming up short on the year-end goal that I set for my dividend portfolio. I didn’t realize that one of my holdings pays in January, not December. So, instead of being $9 shy of my year end goal, turns out I’ll be $35 off my goal. And for that reason alone I felt a tremendous amount of frustration and a strong desire to put my dividend portfolio on the back burner and focus on something else.

To build on my feelings of frustration, I decided to compare my portfolio to that of a very successful dividend investor that I follow online. I learned that I wasn’t even close to where he was when he was two years into his journey. How long will it really take to see the results I want if I’m not able to mirror his progress?

So, there I am comparing my journey to someone else’s (which is no bueno) and feeling some ways for not being where I imagined/hoped I would be at this point. This is when my self-preservation instincts kicked in and told me that the best way to get rid of these feelings is to convince myself that the dividend portfolio was not really important and therefore not a priority. Essentially, I was setting the stage to quit.

Did you know, scientifically speaking, it takes approximately 90 to 120 days to overhaul your health and fitness via working out? You should also know that 90% of the people that start a workout regiment, in or out of the gym, quit after 90 days…right at the point where the hard work would have manifested the results they were seeking, the majority quit.

In Napoleon Hill’s book, Think and Grow Rich, there is a powerful story about a man that quit right on the precipice of his dream coming true. The story is about R. U. Harby, who during the gold rush staked his claim to a mine and started digging. Harby was fortunate. He actually found a vein of gold ore. However, Harby didn’t have the equipment to reach the gold so he borrowed the money for the equipment and went back to mine. The gold was plentiful at first allowing him to pay back all the money he borrowed for the equipment. But ultimately, he exhausted the vein.

Harby continued to dig in various spots that his instincts led him to, but he continued to come up empty. Feeling, exhausted and frustrated, Harby decided that he wouldn’t dig anymore and it would be his last day in the mine. He decided to sell all his equipment to a junk man and go back home.

The junk man decided to call in a mining engineer to confirm the status of the mine’s gold potential. The engineer told the junk man he didn’t have to look long to confirm there was gold because no more than three feet from where Mr. Harby stopped digging, was a vein larger than any of the other veins discovered in that mine. The junk man went on to make millions of dollars.

This is yet another reminder that when you feel like giving up the most is when you are usually the closest to your dream. So, on I continue with my dividend-producing stocks.

Here are some of the methods I use to motivate myself and turn things around when I feel like quitting:

I hope after reading this you are better prepared to go after your dream(s). And you are ready to battle those monsters of frustration and quitting while on your way. Nothing worth having comes easy.

Remember. It is a fight to build wealth no matter where you are in the process. Everything around us conspires to take money out of our hands. But you must fight the good fight. Continue to save, invest, and grow your net worth even when it seems impossible. Save your pennies (copper) until they become dollars (cotton).