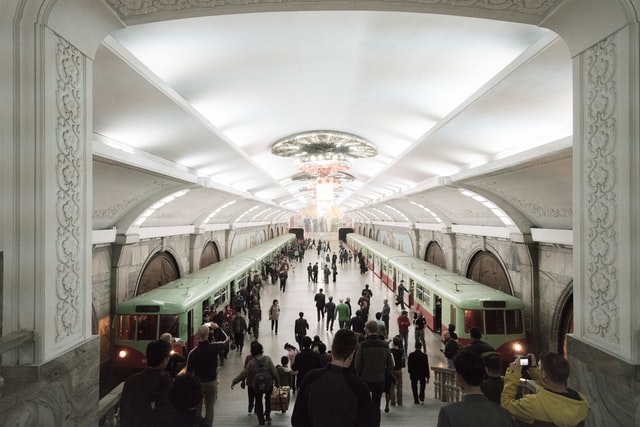 North Korea announced Tuesday that it would not be sending athletes to the Olympic Games in Tokyo this summer over COVID-19 concerns.

On a state-run website, the North Korean Olympic Committee said that it would withdraw from the games in order “to protect players from the world public health crisis caused by COVID-19,” according to a translation by South Korea’s Yonhap news agency.

This decision makes North Korea the first country to drop out of the Tokyo Olympics, and marks the first time the country has missed a Summer Games since it boycotted the Seoul Olympics in 1988.

A COVID-19 outbreak in North Korea would be devastating due to the country’s battered public health system. At the beginning of the pandemic early last year, North Korea closed its borders and has maintained strict measures against the spread of the virus.

Over the course of the pandemic, the country has maintained a narrative that it has had zero coronavirus cases, but outside public health experts are skeptical.

The withdrawal will also be hard on countries seeking to bolster official relations with the North.

Despite rising tensions over the resumption of North Korean missile tests last month, both the North and South said they would continue working towards peace. However, North Korea’s decision to drop out of the games will be detrimental to South Korean hopes to resume stagnant peace talks.

Additionally, North Korea’s withdrawal sets back an agreement between North Korean leader Kim Jong-un and South Korean President Moon Jae-in to pursue a bid to host the 2032 Games as a unified Korea.

At the 2018 Winter Games in Pyeongchang, South Korea, Kim Jong-un made history by being the first member of the Kim family to cross the border into the South when he attended the opening ceremony.

Park Won Gon, a professor of North Korea studies at Ewha Womans University in Seoul told the Associated Press that North Korea has had “a coronavirus-related neurosis since it declared an emergency anti-virus system in January last year,” and that it would likely be unable to secure vaccines for its 26 million people by the start of the games.