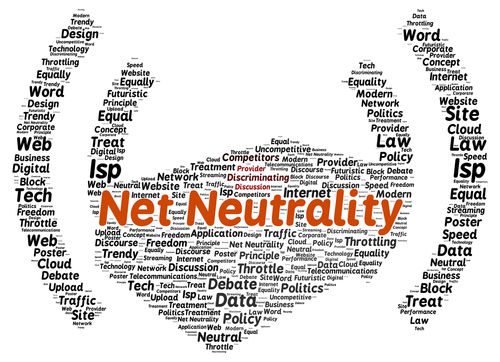 Without these protections consumers might feel slower Internet speeds and looming higher costs for broadband delivery.

Derick Pierson, president and founder of Blacktech Week, breaks it down here:

More than 20 states have sued the FCC, and a number of governors have passed executive orders requiring internet service providers doing business with their states to uphold net neutrality. In May, the Senate passed the Congressional Review Act, a way to overrule the FCC but there has been no movement in the House. Congress can still save net neutrality.

Find out how to take action here.

Jameson Bennett is a Technologist, SiriusXM Producer & Cofounder for CEWEBITY & Party of Lincoln

Get Party Of Lincoln Flash Briefing on Amazon Alexa

The United States House of Representatives is introducing legislation this week, H.R. 1328, to establish the Office of Internet Connectivity and Growth. The goal is...
Read more
Tech

Blockchain, Cryptocurrency and the Cannabis Industry

Earlier this year, J.P. Morgan Chase became the first bank in the United States to create its own cryptocurrency, JPM Coin, which the bank...
Read more
News & Views

Dora Milaje Should Headline on Disney+

On the same day it was announced that Marvel’s popular series Daredevil would join the likes of Luke Cage and Iron Fist as the...
Read more
- Advertisement -